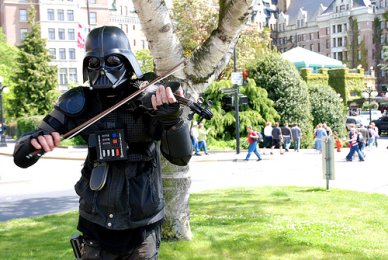 ONLY’S WEEKLY WEEK IN REVIEW
– The Georgia Straight got called out for being two faced little bitches. Yeah? What. What are you gonna do about it, Georgia? Yeah, that’s what we thought. Nuthin’… Just kidding Dan. We still on for Guadalajara in March? Yeah? Damn right.

– Derrick Jensen explained to us that even though zebras and giraffes can come across as total sex kittens, zoos are NOT sexy.

– JPNDRDS won Shindig, but all everyone could talk about was wanting to make babies with the violin player from Lownote.

– David continued his pursuit of the ultimate DTES date spot.

– Our interview with The Wintermitts went pretty well, even if they did kind of kill the word “Awesome” for us… As if! That word will NEVER die. It’s way too awesome.

– True to Canadian form, we discovered that Allan Moyle, the director of the exceptional film Weirdsville, is a total fucking burnout.

– Meg and Jeph returned from their boring old European vacation, and once again proved why they get paid the big bucks.