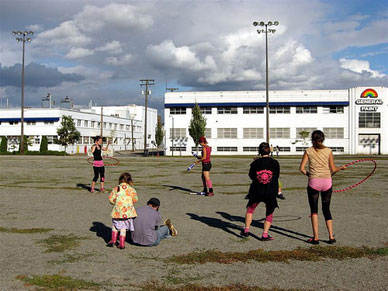 ONLY’S WEEKLY WEEK IN REVIEW
– The Ovaltine Cafe got the Dave Look treatment. “Beckett was a sham” was scrawled on the bathroom wall, but he threw up in a different one.

-Our comprehensive VIFF ’07 coverage has been going OK. Really, we’re just doing it for the free tickets that we haven’t used yet since the weather is shitty and they frown upon drinking in the theaters.

– Femainsm, what it is, and Quentin Tarantino caused a serious commotion in the comments section.

– Our new album reviewing, nuptially bound power couple one upped themselves, but one commenter found their pretensions extremely unacceptable.

– Brynna got robbed at Shindig’s jokes for beer… But the real victims were Stolen Bicycles Gang’s girlfriends. You could tell those chicks were absolutely miserable.