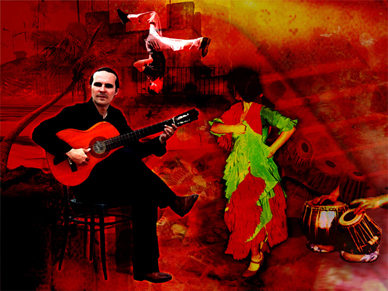 Daniel Packard’s Boys to Men
The first Fringe festival I reviewed when I returned to Canada, whenever I saw a show that was so bad that I got angry about it, I went downtown to the Crush Lounge where Daniel Packard’s Live Group Sex Therapy was running every night. Packard was my healthy down-time. Four Fringes later he’s still perfecting an amazing combination of sit-down comedy, disturbingly effective libidotherapy and public confessional. Over the years, however, as he’s gotten better at audience management, it has felt like a distance has grown between him and what he does. Packard is best when in a tight corner, but his moves are now so slick he never seems to seriously be in trouble.

Boys to Men, essentially an autobiographical self-therapy session, is a new direction and a chance for him to strip off some of those layers of skin he has grown. Talking about his father’s inability to give love and support, and how that helped make him the neurotic, obsessive compulsive, passive aggressive, manipulative, glasses-wearing, Jewish, hairy chested… Where was I? Oh, yeah, Daniel Packard is a mess. Such a show could easily wander off to fields of deep wallowing, and occasionally it does, but Packard uses his chilly upbringing to let the audience discuss their own childhoods. All of us wallowing together makes it less precious. It creates the liberating equivalent of being part of a nudist colony as opposed to be one naked guy in a park. Although, lone streakers are pretty entertaining, too.

Packard’s regular Live Sex show, also in this years Fringe, has hit a bump in that the owner of the BYOV venue went bi-polar and chucked him out for no good reason at all. Packard is currently scrambling to find somewhere else, so this show may be your only chance to see him.

Fluffy 10th Street: Confessions of a Dirty Puppet
Fluffy wakes up in a tea chest, handcuffed and confused. She’s been locked up there for 25 years, which you can do when you’re a puppet, but it’s still not comfortable. Naturally, upon liberation, she promptly launches into telling of her fall from being a celebrated actress of classic fairy tales and a principled artiste to becoming a seamy stripper enjoying raunchy sexcapades with Pinocchio and his lumber.

Bunraku is a traditional Japanese form of puppetry in which puppeteers are present on the stage, dressed and shrouded in black to manipulate the large puppets. Tara Goerzen, openly hidden behind the scene, invests Fluffy with much filth, especially in the big finishing dance number. The story is slim – it’s only 20 minutes long – and the poor girl’s been locked in a chest for a quarter century, c’mon! This show’s magic is in the details; the 100% cotton hand absently stroking a polyester-mix knee while she reminisces and fantasises about highly polished wooden knobs, the arching of her supple back while she stretches her shapely leg over her head, the… hmmm, speaking of fabric, the denim of my jeans appears to be shrinking.

The shortest show in the Fringe, it’s an easy snack between larger productions, and while it would have been nice to have had a longer, more involved story rather than a brief A to C with B being decades in a box, it’s also nice to have a bit of fluff now and again. Fluffy is as fluffy does, and Fluffy definitely does do. If this is ever reworked I’d like to hear Pinocchio’s side of the story. Even if it were just a pack of lies, it would great to see a little more man-wood out there.


Flamenco Con Fusion
Ricardo Garcia returns to rip and shred the air with his classical guitar and Flamenco rhythm, reassembling the pieces into a beautiful picture for your ears. This guy was one of the absolute highlights of the 2005 Fringe, and he brings with him again an incredible Flamenco dancer, Laeticia Jimenez, and a vibrantly fun hip hop break dancer, “B Girl Bounce” Jen Casimir. In fact, between Jimenez’s rather hypnotic feet and sleek, filmy dresses clinging to her lithe body and Bounce’s floating gyrations and filthy, sexy leer…you kind of have to remind yourself about the quiet Spanish guy with the guitar making it all happen. I mean, he’s there, but… those dresses…

It takes supreme confidence to use your show to showcase others, and Garcia’s decision is a wise one. Laeticia reveals herself to also be a brilliant clown, and while Casimir is not quite the physical powerhouse of the dancer from Garcia’s previous show, Flamenco Flow, she’s just as fun to watch. The cat fight dance-off between the two has so much chemistry and mutual respect; the statuesque and somewhat dangerous looking swan and the pugnacious, streetwise hawk (I went from Cat Fight to Bird Battle in the same sentence and it only make sense once you’ve seen the show) circling each other with killer moves. Meanwhile, Ricardo sits back smiling like a beatific judge presiding over the hyper-energised draw. His music is the floor on which they dance, and their combined, effortless performance creates a complete experience that absorbs the audience entirely.

Once again, one of this years must-sees. The CD’s pretty amazing as well.