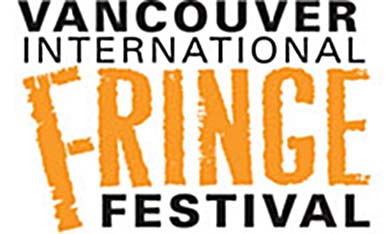 It’s always sumthin’, innit? This year there is much controversy amongst the performers about the Vancouver Fringe’s decision to mount the Encore Series at the same time as the Fringe itself. Counter-programming against, the phrase on many people lips is “this is the year the Fringe ate itself.”

Where the Fringe is traditionally unadjudicated and shows are selected by drawn lots, the Encore series showcases past successful performers for which the Fringe disallows regular passes and charges $18 a ticket. Performers feel slighted and disadvantaged, as they must now compete with professionally marketed repeats of proven shows at large, audience-absorbing venues, concurrent with their own shows, which they pay to put on. Some shows have ended with the performers discussing the situation with the audience, and one performer is actively picketing outside the Granville Island Stage.

Strictly speaking, only some of the Encore shows are repeats. The Pajama Men’s Versus vs. Versus is a new show, as is TJ Dawes’ Maxim and Cosmo. The Georgia Straight aren’t the media sponsors this year, possibly because the Fringe would not or could not pay the ‘sponsorship fee’ the Straight demands of the arts events it ‘supports’. The Vancouver Sun is the paper of record this year, and with big bills to pay in the wake of the previous artistic director’s bunglings, perhaps the Fringe genuinely thought the Encore Series was a way to promote the festival overall, and fill the drained and leaky coffers.

Personally, I feel torn. Whether or not the Encore Series was a bad idea (it basically was) many of the performers regularly involved at the Fringe have become friends of mine over the years. Several of them are very dear to me, even though I only see them once a year. However, I will say this: All these people are beautiful people just trying to put on a great show. If you see any of the Encore Series (which you obviously should) throw a penny in the karma well and make of point of seeing two others not in the Series. Or three. I’ve been in Vancouver too long if I’m actually using references to ‘karma’, but in this case it’s true.

The Fringe bar kicks the tapioca-brown shit out of last years; kudos like chocolate-wrapped-in-gold-foil to Heather Lindsay and her helpers who set it up. Be there, drink there, see bands and shows and cabarets there. I’ll be reviewing stuff regularly as the festival unfolds, though nothing like as much as I usually do. I’m older now and the oxygen tank gets heavy carting it about all day. Get yourself a programme with dates, times, venues, and see fucking everything.

Check out the first round of Fringe reviews here.