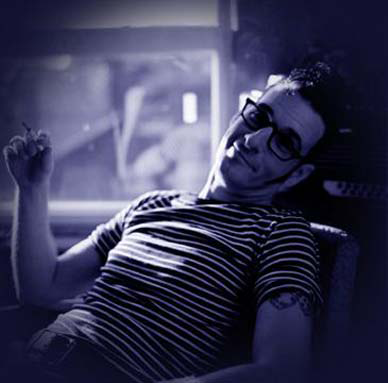 T Paul Ste. Marie, the sheik of sleek, or at least of slick, has passed away. Almost a year to the day of suffering a brain aneurysm in 2006, T Paul died May 31. According to his Myspace site he was only 41.

Mouthy, boisterous, possessed of an energy as unique as his hairstyle, Ste. Marie was well known about the city for his incomparable compere work, his years performing in Tony and Tina’s Wedding, his hosting of Thundering Word Heard and numerous Slam Poetry competitions, and his MCing of every burlesque, cabaret, and any other event that allowed him to hang around gorgeous women wearing little more than tassels.

Some people loved him, some people hated him, which is more than many folks manage in this life, but nobody can ever deny that when T Paul entered a room everybody knew about it. And there were few rooms big enough for him. Vancouver has lost a larger than life character way too soon.