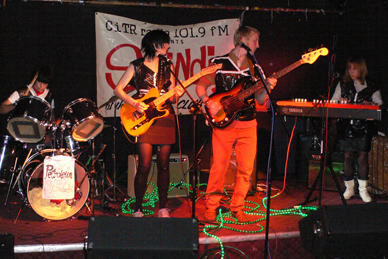 Only Jokes for Beer: One.

Brynna: I don’t usually do this… No really, I never do this, for real. But, I really love your band.
Barry: The vowels are the only thing missing.
Chloe: I can leave now, I saw Petroleum By-Products.

Only’s CiTR Shindig Watch team is Brynna Childs, Barry Higginson, Chloe Stevenson. We’re at the Railway every Tuesday to overrule the verdict and out-judge the judges.