Shindig Watch: Round One, Week Seven 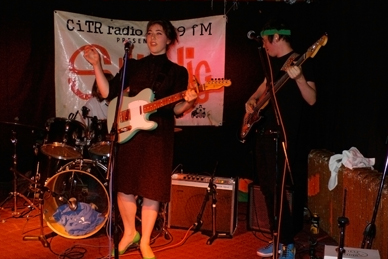 Competitors: Fanshaw, The Noble Firs, The Public or the Press

Who Won: The Public or the Press
Who Should Have Won: Fanshaw

Only Jokes for Beer: None (screw you McCash!)

Brynna: Bad goes… to worse… Oh yeah, and Fanshaw, if you’re giving this a vanity read, don’t worry. You were totally the most bearable.
David: This is really tough, but I’m gonna have to go with bachelorette number one, and I choose the Tahitian holiday package with the his and her jet-skis. Fanshaw, call me! 778-869-7641.
Chuck: What? You guys aren’t into guys with really obnoxious mohawks dancing like they’re at a ’98 Phish show?

Only’s CiTR Shindig Watch team is Brynna Childs, David Look, Chuck Ansbacher. We’re at the Railway every Tuesday to overrule the verdict and out-judge the judges.