Shindig Watch: Round One, Week Six 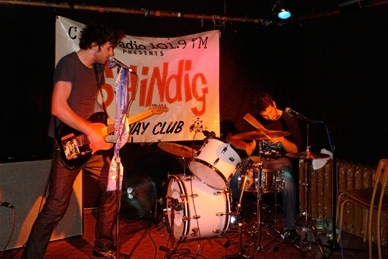 Who Won: JPNDRDS
Who Should Have Won: JPNDRDS (but really, the violin player from Lownote)

Only Jokes for Beer: One

Brynna: Yeah so it’s cool that there’s a fat girl with a guitar, but, like, she should at least be weird.
Mos: “Do you have any ear plugs?” I heard the bartender say that.
Chuck: Evanessence meets The New Radicals minus the Prozac multiplied by the Les Miz soundtrack.

Next week: Fanshaw, The Noble Firs, The Public Or The Press

Only’s CiTR Shindig Watch team is Brynna Childs, Mosang Miles, Chuck Ansbacher. We’re at the Railway every Tuesday to overrule the verdict and out-judge the judges.