Shindig Watch: Round One, Week Three 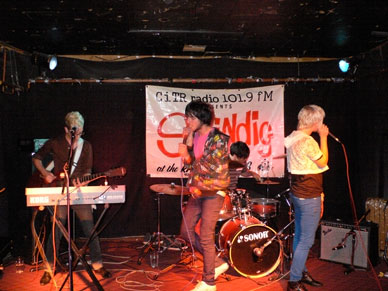 Only Jokes for Beer: One. (But Brynna told the best joke of the night and didn’t get a beer. You be the judge: Knock, knock Who’s there? Those guys Those guys who? Those guys who were in that last band!)

Brynna: OK, yeah decent. I guess, yeah they can keep playing but I’m gonna go smoke. Yeah, they probably won’t win… OK, new band. Wow, is this so bad it’s good? Oh, no… It’s just really bad. Third band… I don’t have the energy for this.
David: What? I was playing Chris-a-trivia all night.
Gena: Burn your bras ladies… Burn your bras!

Only’s CiTR Shindig Watch team is Brynna Childs, David Look, Gena Perala. We’re at the Railway every Tuesday to overrule the verdict and out-judge the judges.