Shindig Watch: Round One, Week One 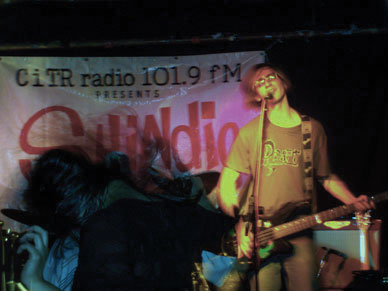 Competitors: The National Shield, The Remedials, The SSRIs

Only Jokes for Beer: Two for two.

Cameron: Missing teeth but still got bite.
Chuck: That Feldman kid totally re-defines innocence.
Tome: You can tell me that it’s gospel but I know that it’s only church.

Only’s CiTR Shindig Watch team is Cameron Reed, Chuck Ansbacher and Tome Jozic. We’re at the Railway every Tuesday to overrule the verdict and out-judge the judges.