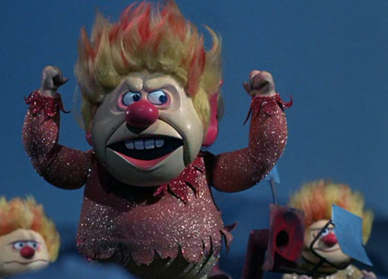 Last night the CBC aired the BBC’s The Truth About Global Warming/Can We Save Planet Earth?, featuring Sir David Attenborough. Much to the delight of envirosceptics everywhere, chasing after this ‘scaremongering’ documentary, last month Channel 4 ran a countering ‘apathymongering’ The Great Global Warming Swindle". It’s more soothing, much less brain-taxing than Attenborough’s, and full of reassuring reminders of how happy we are nowadays.

Should you choose to watch Swindle, keep a few things in mind: Most of these ‘scientists’ have never published articles in peer-reviewed journals, and the rest haven’t in as many as fifteen years. Tim Ball, who apparently lives in BC, pretty much made up his resume and list of job titles. A third of the funding for his Friends of Science website comes from the oil industry. He retired from the University of Winnipeg in 1996 and has published a grand total of four papers, none in the last 11 years. Many of these guys have been debunked repeatedly, but keep coming back with bigger budgets from the energy industry. Poor Professor Carl Wunsch on the other hand, a very respectable oceanographer and a surprising guest in the film, now angrily claims he was duped into appearing and is considering legal action.

Maybe the science seems confusing. The key to understanding is this: The skeptics aren’t scientists. Most of these guys don’t have degrees in environmental science (or any kind of science) and are almost all in the employ of neo-con think tanks and energy companies such as Exxon, Shell, Arco, Unocal and William Morris Tobacco. Go here, here and here to start looking at the people and agenda behind this film.

One of our favourite lines was from Singer, who says CO2 can’t be bad because we’re all made from CO2! Which is why nobody has ever died from smoke inhalation. It’s like vitamins! Puts a fresh layer of skin on you, that’s all. I think Singer means human beings are carbon-based, but why nitpick science?