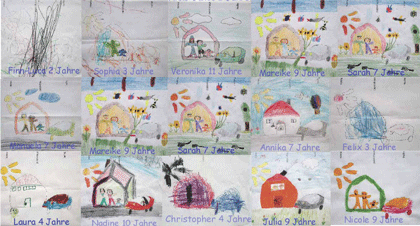 In the future, homes in Canada will have no boilers or furnaces or air conditioners. They will be heated by nothing more than the bodies living within them, or by simple pipes sunk into the soil drawing warmth from the earth, and water will be heated up by sunlight on the roof. There won’t be any electrical power stations or cables interconnecting cities and towns–people will make their own electricity. In the north, clustered around lakes and independent underground water sources, will be walled compounds, heavily armed to defend themselves against marauding, barbarian hordes of thirsty Americans. And more people will be riding bicycles.

One of the above statements is probably not true. I predict world rubber shortages will herald the triumphant rise of the unicycle. Later, when there are no more tires at all, the nadacycle, or “stool.”

Actually, the probably untrue statement above is “In the future,” since there won’t be one. The problems we face are simple to solve. Our only obstacles are greedy global corporations with their pocketfuls of lawyers/lobbyists/self-serving politicians, every socio-economic institution of the last 500 years, and human nature. However, I want my last science column until the New Year to be an upbeat one.

Generally I use several sources for my research. This time I am essentially employing only one: George Monbiot’s Heat: How to Stop the Planet From Burning.

Monbiot writes for the Guardian newspaper in Britain. In Heat, George takes an unmerciless look at our planet’s other science writers, then declares the paltry carbon reductions that the few well-meaning nations are dithering over to be pointless. He lays out succinctly that the entire world–rich and poor alike–must reduce CO2 production by 90 per cent by 2030 or we’re all doomed.

Then (did I not mention this was an upbeat Only Science?) he suggests concrete, achievable solutions. Amazing! At no point does Monbiot claim to have all the answers, but he provides stacks of referenced footnotes, heavily crunched statistics, and a spectrum-hugging bibliography so readers can do their own damn follow-up.

The most positive chapter in the book talks about Passive Houses, which I’d read about some while ago, but didn’t appreciate fully because they seemed prohibitively expensive for regular folks to afford. Passive Houses, developed in Germany in the ‘80s, come in a variety of shapes and designs but with a unifying philosophy: to allow as little heat energy as possible to escape. Through the use of better building materials, triple-glazed windows, and a low-energy circulation system changing the air four times an hour but retaining 80 per cent of the heat, these Passive Houses save money by not requiring a furnace or central heating system. They cost roughly 10 per cent more to build than regular houses, but return this investment by having no heating bills, and needing no air conditioning in summer. Additionally, a geo-thermal heat pump, sunk several metres in the ground, could draw up the earth’s natural warmth while solar and wind power, though inconsistent, can help and are all pollution-free.

A German company, IFE Solar Power, has already begun manufacturing and selling the recent technological break-through from Johannesburg University. IFE produces a revolutionary solar panel capable of meeting all the electrical needs of an entire household. With one of these on a south-facing roof of a Passive House… Damn! That’s my wordcount gone.
Go get Heat. Share it with everyone you know. Then get down to the next Car-Free Day on your unicycle and sneer at all the two-wheelers. Because a bicycle? That’s just a unicycle with a training wheel.