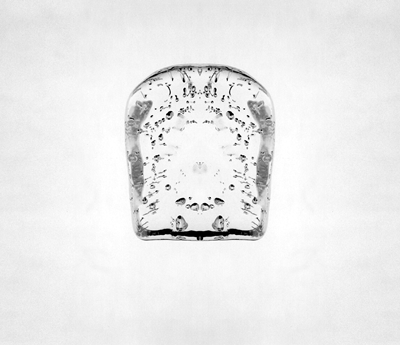 The frozen gold that binds the world

Imagine the world ending, not with a bang or a whimper, but an enormous fart. “Pull my finger,” says God, and religious nuts in I Heart Rapture t-shirts scramble over each other to yank the divine digit.

It’s easy to dream up Doomsday scenarios. It’s a fetish, really, the desire to see all life exterminated just so one individual, or a group of individuals, can sneer “Hah hah! I told you so!” and “I bet you’re sorry now!” and “You should have slept with me when you had the chance!” Although, since they’d be wiped out too, they have to wait until they are in heaven to be smug. But they still won’t be getting any. Nobody gets laid in heaven. No privacy. It would be like hiding under the sheet trying to get each other’s robes off while 144,000 relatives sharing the same room gather round and take pictures with their camera-phone-harps.
So what is this fresh hell I am putting forward in the hopes someone will courageously drag me into a bed to ward off global catastrophe?

Under certain conditions at depths between 500-800 metres below sea level, water freezes and encases methane gas (CH4) either bubbling up from rifts in the earth’s crust or from decaying organic material on the ocean floor. These ice cages contain and compress vast amounts of natural gas. Estimates run wilder than oil executive with their heads cut off, but conservative guesses suggest even 1 per cent of the world’s stockpile could supply the West with total, clean energy for decades. (Methane is considered a “clean” fuel because it “only” releases a quarter of the carbon that burning oil does.) But what I find even more interesting (you all should have slept with me when you had the chance) is the fact that the highest concentrations of methane hydrate, or “clathates” are found along undersea geological fault-lines and tectonic margins.

As the oceans steadily warm up, though, could these clathates melt and set off marine landslides and seaquakes similar to the 2004 tsunami? It’s possible this stuff acts, at least partly, as a glue, helping to cement the continents in place. Or, it may simply occur where extreme pressure increases the possibility of ice crystals forming.

The occurrence of earthquakes, despite Rapture fans’ fond hopes, has not been noticed to be on the increase. There’s just more seismological equipment in use these days, more folks staring at the ground waiting for it to move, more folks living in dodgy areas, but apparently that’s all.

Or is it? NASA, in conjunction with the United States Geological Survey, used satellite imagery to study glacieral collapse between 1995 and 2005. The release of pressure from melting ice creates deeper geological possibilities. Ice is very heavy. A cubic metre of the stuff weighs about 2000 lbs. As glaciers melt, the planet relaxes, shrugging off the excess pressure and changing shape.
Despite these risks, oil companies are eager to mine the thread that stitches the globe together. George W. Bush recently suppressed a scientific report directly linking the strength of Hurricane Katrina to increased ocean surface temperatures. Apparently the only acceptable cause for earthquakes, drought, seaquakes, hurricanes, and a killing cloud of greenish 1000-year-old-egg stink is God.

And if the methane hydrates melt as the oceans warm up? Could continents slide into a game of continental chicken? Could a bubble of sour gas burst from the ocean and wipe life out as it did 250 million years ago in the Permian-Triassic Extinction Level Event? Could I come up with an even more desperate cry of loneliness? Let’s find out. Pull my finger. No, the other one.