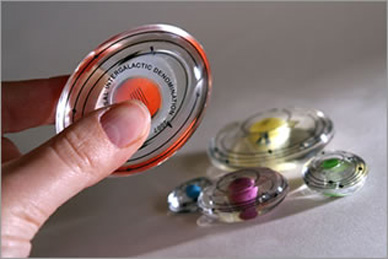 Rejoice! Human civilization has reached the critical and intimate moment in its unique development in which it must move forth and establish its official only-for-space cash.

After thousands of failed experiments and lives lost, British scientists have miraculously invented the Quasi Universal Intergalactic Denomination (it was that or the Pretty Outerspace Universal Nottingham Dollar), crafted out of non-stick space polymer, with special “rounded edges” that will significantly reduce the ever-present threat of your currency possibly killing you when you are in space Safeway. Not to alarm you about that filthy wad of one fiver wrapped around two toonies in your shoe though, it’s only dangerous out there in space y’see?

Space’s economy must be fucking amazing because one spacebuck means $12.50 CAD, therefore two spacebucks is almost a two-four, and 10 spacebucks is probably $125 even. It’s also pretty neat that space ched is secretly Canadian at heart, and will curse all space adventurers in the same fashion that we Canadians have been cursed since always; it’s brightly coloured in an array of distinct and tasteful shades, and will look completely childish to the short, gray, hairless, clammy, dead-eyed, underpaid, lonely, depressed, space alien cashier at the space Safeway, who will chuckle and feel bad for you, just like when you go down to the Bellis Fair.