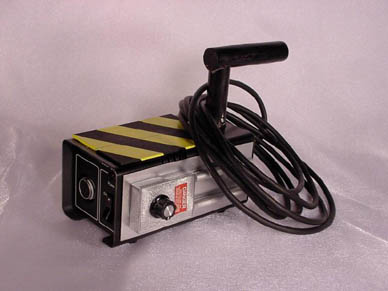 A nubbins of hooey

Ghost stories and weird sightings have permeated every culture since death was invented. But in our western, rationalist, science-based culture, such tales of the supernatural are considered either charlatanism or a delusional quirk of mass-psychology. As alien reports of the last sixty years coincided with, and were coloured by, people’s fears of Communism and the Cold War, so investigations into the paranormal seem to reflect humanity’s eternal nervousness about death and our love of attention.

The latest bloom of chain-rattling dead relatives and/or Cleopatra inhabiting psychic mediums for consultations, book deals, television programmes and money-minting “ healing events” suggest the spirit world is little more than a tool of the canny to drain the wallets of those obsessed with the uncanny.

Several years ago, highly respected physicians/physicists Stuart Hammeroff and Sir Roger Penrose put forward an idea in The Emperor’s New Mind and Shadows of the Mind regarding microtubules, the nanoscopic structures acting as skeletal structures for organic cells. Hammeroff and Penrose posited that these structures, descending down to nearly quantum-sized smallness, could account for human consciousness because anything quantum is weird enough to account for anything. Furthermore, operating on the quantum level, and therefore as part of the overall fabric of the universe, when a human being dies the microtubules would continue functioning as the fabric of the universe is itself a constant buzz of self-sustaining energy. After reading Penrose’s theory, and his critics responses, it seems unlikely that microtubules actually provide a quantum basis for his theory of ghosts. Microtubules, for a start, are a hundred thousand times too big to play on the Planck Scale playground of quantum mechanics.

However, I have a nubbins of a theory that I’d like to throw out there for general and ravenous consumption:

Everything is made of atoms, and atoms are made of bitsy bits like protons and neutrons, quarks and leprechauns, all composed of, and bound, by various colours and dress-sizes of electromagnetic energy. Everything solid is actually energy. Whizzing amongst and through “solid” matter are even more exotic pips of particles and power, even in the so-called vacuum of space, such as neutrinos and anti-matter. Furthermore, scientists now suggest less than 10% of the universe can be detected by even the most powerful technology, and 90% or more actually consists of invisible Dark Matter and Dark Energy. While String Theory, or M Theory, or The Grand Unification Theory is currently suffering multi-dimensional set-backs in the physics world due to a resounding lack of anybody getting anywhere with it, the notion that reality is “one complicated ol’ onion, dude” is now pretty much established fact.

The human mind is a soggy pink walnut, churning with chemicals and electrical sparks in repeating patterns. The patterns of nerve pathways we lay down through sensory absorption during infancy and childhood, and which subsequently thicken with repeated use through adulthood, are essentially, structurally, the same as other humans. But these patterns are also subtly individually nuanced and unique, based on personal experiences and some genetic predispositions. What if, and it’s a huge and nearly ridiculous what if, but what if these patterns could burn themselves into the electromagnetic ether of this invisible universe, like leaving a thumbprint on a window or a radio wave signal floating about the cosmos? What if this pattern could function, independent of a sustaining power source, to perform limited and repetitive functions?

There is a theory in the pseudo-science of ghost hunting, called the Iron Tape Theory. The idea is that the electricity in the brain of a person who dies possibly imprints itself on any iron existing in the immediate area of death. The iron acts like a tape cassette, and the electricity “records” itself onto the iron. Persons sensitive to such magnetic resonances could then “play back” the recordings, or if the volume of the recording was strong enough, but be heard and seen by anyone who happened to be present at the time of playing. Possibly it could even be the presence their own brain waves which set off the tape. The theory is hooey, as is my own theory, but the fun of science is that even hooey, if considered with an open mind and an enjoyment for thinking wildly, can produce a novel way of looking at the world.