What do you do with a blue monkey? 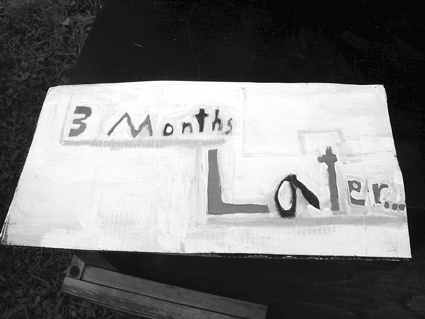 Buy me a booze

Willie Poop. That’s a funny name. I’m allergic to being broke and my allergies are acting up. The funny thing is that if I had lots of money – I’d be rich. Then I could buy a pony. Pony’s, besides being a sorta useless giant pet, cost a lot of money to take care of. You don’t just get a pony cause one followed you home. You need a ranch and a trainer and organic carrots and stuff. But if I had a pony I’d let him get fat and lazy like me. I’d call him Unicef and I’d attach a tip jar on his horse head like a Unicorn’s horn. Also when I’m rich I’m only gonna eat shrimp. At those cook-at-your-table sushi places they got Japanese cooks who can flip shrimp into your month. I’d buy one of those guys. Also those little frozen pizza’s are the shit.

So, who wants to be a rapper? Too many people. There’s far too many rappers today. We need more rap fans and less kids who freestyle at me. More White kids need to start playing guitar again — that’s a real skill to have. You can entertain at campfires and you can grow your hair long and your mom can say “… and no guitar for a week!” when you get grounded. Being able to go, “I’m flipping the shit and ripping the shit and dipping the shit and taking a shit – straight off the dome, yo!” while imitating a rapper you saw on a SMACK DVD is not a real practical skill. Seriously. And anyway, if you wanna be a real rapper now you gotta pay your dues as a crack dealer. Crack dealers are the new rap superstars.
Crack and rap go together like tiny old Chinese ladys who’s language you can’t understand and empty beer cans worth a nickel. And if you 13 and you live with your two Dads who still take you to soccer camp, then technically you’re not a “hustler” yet.

Rap albums to look out for. New Clipse. New Raekwon. New Nas. New AZ. New Project Pat. New going more dumb. It’s back to school time so I guess that means that I’m still unemployed. Summer was good. Bar-b-que’s are the shit. We need more street drinking here though. In Montreal basically all you do is drink in the streets 24/7 cause no one knows how to party harder than depressed alcoholics. You can trust me on that or you can join me on that. What’s up with skateboarding coming back? Even ethnic kids are into it. I guess it’s funner than doing homework. My boy Matt’s got a new T-shirt line out called Finale. Jihad.

Shows. Live rap every week Wednesday at the Pic with the Killing Time/DDR guys. DJ Assault is bringing his unique brand of filthy sex bass music to the Colombia this Saturday the 16th for the Kids night. If you’re a guy and you rock a pink Bandana than you probably already knew about this. Also POS & DDR are rocking @ The Spot Monday’s at Sonar on the 18tth. As well peep the 604 Hip Hop Expo–lotta different stuff happening at it including a Clash, some learning and our favorite TV cop–Ice T (more info at www.604hiphopexpo.com ). Plus my very own Welfare Party presents Menace II Sobriety will return shortly (RIP Tokyo Lounge).

What did Batman say to Robin before they got into the car. Robin, get in the car.

TOP 5 THINGS NOT TO PUT IN YOUR MOUTH