Busta Rhymes is a pussy 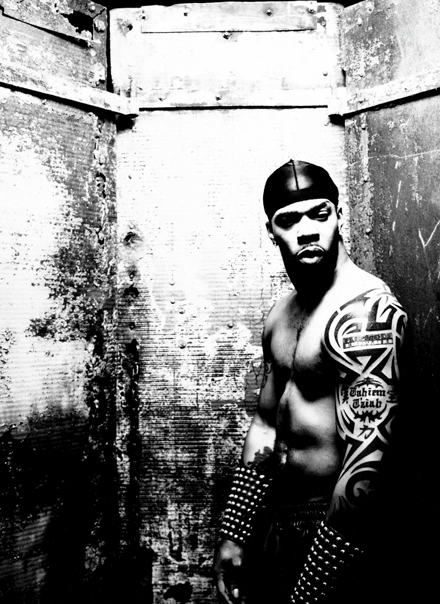 Back in the day I used to bump Leaders Of The New School (aka LONS). Together Charlie Brown, Dinco D, Busta Rhymes and Milo were ill – they had dope energy and they put out 2 classic albums. Then Busta went for delf and the rest of LONS faded away. Recently though, I caught up with Dinco and he reveals that loud, screamy guys sometimes develop big egos and leave their friends behind.

ONLY: Why did LONS break up?
Dinco: Well, from my corner, I saw what type of person Busta was. He was a good hype man but lyrically, he needed help when we were putting the first album together. He would have crazy writers block and me and Brown would help him along with some of the songs. I can’t take away the energy he gives in presence, but sometime it goes too far. Like he’s gonna force you to react by jumping or screaming and you can’t even hear what he’s talking about, but it just feels right. He might even have felt a certain way cause I told Brown we should kick him out and then he cried to get back down. … I saw the whole solo thing from the jump, and, sure enough, ego took him to a place where he could do what he planed to do all along.
ONLY: You called Busta a pussy on myspace — can I get you to expand on that?
D: Well, I don’t know what year it was, but he was working on some album and, after many attempts to try and work with the dude, he invited me to listen to his stuff. He threw me some trees to roll like we been cool all the time and I told him that his stuff was good. Then he pops in this song he did for a DJ Clue mixtape and [in it] he called our crew a bunch of bitches and said Brown’s Mom shitted him out. I was like “we bitches”? He laughed and I sat there thinking “this funny dude”.
ONLY: What are the other members of LONS doing these days? Are you guys still cool with each other?
D: Brown is doing some national jingles, making some good money. As for Milo, he just seems to be in Long Island taking care of his children and working on new material.
ONLY: What does [Busta’s hype man/sidekick] Spliff Star do?
D: Well, as you can see he’s not a leader and just does exactly whatever Busta does or tells him to do. They look like 2 great hypemen but that’s my man. Much love and luck on his own adventures but Busta is selfish and doesn’t put his people in a position to do something that might shine as much as him.
ONLY: I’m eagerly anticipating your, ‘the greatest comeback in rap history’ – what’s the plan for that? You have a new album out?
D: My first collection, the Black Pirate King James EP, is the all-original beats and rhymes available on iTunes.com. Search for Dinco. It’s just a small squeeze to fill your thirst until the big rush is on. Also you can check me on myspace, my email is [email protected]
ONLY: Word, is their anything else you want to mention?
D: I never wanted to intentionally have to break a brother down but, like I named our first album, it’s a “Future Without A Past” coming to life. How crazy is that? And now is the time for my man [Busta] to wear a Leaders Of The New School chain and talk about unity in hip-hop [with his “Touch It (Remix)”. He is the greatest contradictor in the hip-hop game. Peace.
(Last weeks polaroid of Peter Blue by Mark Green. Sorry for the no-cred bro.)

TOP 5 WORDS THAT SOUND DIRTY BUT ARE NOT