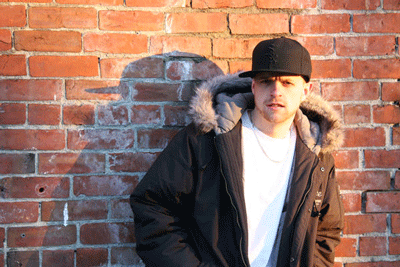 So I voted for the first time ever. They made me use a pencil so that they could change my vote later. Voting sorta made me feel dead like a zombie who does things just cause it has no brains and likes to eat the brains of the living. The last time I voted was for my high school president and I voted for Josh Martinez. He won and I got to pitch quarters, play video games and smoke in his office in the basement. My roommate Birdapres just moved to Winterpeg to be cold and to dig for records. Bye Bird. Dennis White, the guy who shot and killed my friend Lee Matasi is out on bail and won’t be tried til maybe 2008. That’s fucked up. Lee didn’t get an extra year for his fate to be decided, and also, we just let people who kill people walk around like it’s all good? Really? Well, that’s not good.

New subject – Jeff Spec is back. He’s recently returned from a brief tour of duty in Toronto (which is like Iraq but colder, with way more Jamaicans and hotdogs). Him and his crew, the City Planners (Moka Only, Ishkan, Sichuan, and Sweet G) are sorta like older school Vancouver rap heads now (I guess, I just moved here like a week ago, so I don’t know so good). Anyway, he just dropped a new album called “Rhythm and Blues” so I asked him some stuff about things and he told me answers. Go.

Only: Who’s Jeff Spec?
Jeff: People tell me I sound like one of these thugged out New York dudes, but with some different content. I make real soulful music with an edge.
Only: Tell me about your new album.
Jeff: This is some ghetto shit for the average broke person. I’m not trying to be on some bang bang murder shit, I’m just talking about real life and the situations I’ve encountered. If you like honest music, this is the album for you. Plus, it’s like my autobiography. I feel like I’ve been nice with the raps in the past, and I’ve connected with some people through my music, but I never really opened up like I am on this one. Plus I’m on some positive shit. Violence is at an all time high right now, and not enough people are approaching things like it needs to change — my attitude is like, if you were really ghetto you’d be trying to make things better.
Only: You got any like, ghetto, poverty survival tips for me?
Jeff: Learn how to cook something into nothing, and check everywhere – fridge, stove, floor, everywhere – for ingredients. My main tip to survival tip is – don’t die.
Only: What are your plans for this Chinese year of the dog?
Jeff: More music and less work. Catch me on tour all year. I’mma try to make everyone around me a little happier. I’m grindin’ so everyone important to me can be more comfortable
Only: I like cheeseburgers; I had one for breakfast today. Do you like burgers Jeff Spec? Where’s the best burger in Vancouver?
Jeff: I like Cactus Club burgers, with cheddar and ‘shrooms doggy, they just hook it up right with the nice beef. I’ll mess with the Milestone’s four cheese joint too. It’s crazy, with the roasted garlic. I’m not underground with my burgers – just whoever got em, got em. That’s my word.

1. Jeff Foxworthy (he sucks, but I couldn1t think of any more Jeff1s)
2. Jeff Herrera (that1s my homie, he1s pretty cool)
3. Big Jeff (don1t even know him, but he1s Grand Puba1s friend)
4. Jeff Turney (B-Boy Drama One, from Victoria, he1s mad ignant)
5. DJ Jazzy Jeff (first cool Jeff ever)
And an honorary mention to me, cause my self esteem is pretty solid these days.