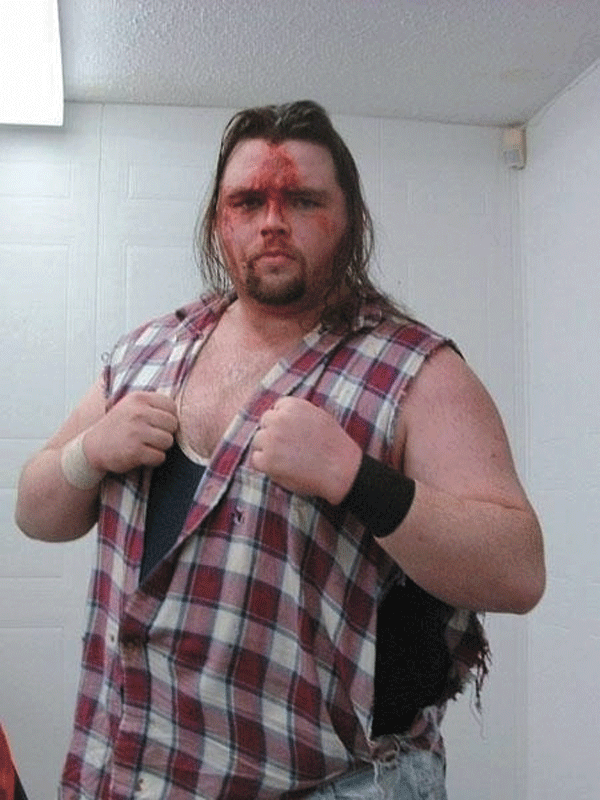 ONLY: How did you become a wrestler and computer programmer?
MOONDOG: Well, I was living my dream–fighting several times a week, going out of town all the time–but about ten years ago, I noticed that the internet was starting to grow in popularity, and I figured what better way to promote myself than to put a fan site up there so fans can see where my matches are and some pictures and such. Originally I had my brother doing it for me, but I didn’t like the concept of having to tell somebody to do something. And then the ideas in my head didn’t always work out to what he did, so I just started toying around on the side, working on things, and soon enough I was building websites that were so good that friends started contacting me to build them websites for cash.
O: And you’re completely self-taught?
M: Oh yeah. Honestly, I never even graduated from High School. I personally think school is a complete waste of time.
O: Which wrestlers have you modeled yourself after?
M: It’s weird because the wrestlers I looked up to when I was a kid, and then the wrestlers who inspired me through my career are almost two completely different sets of wrestlers. When I was growing, up all the wrestlers looked like superheroes. But when I started actually wrestling, and got into all sorts of hardcore style matches and harder hitting stuff, I started taking interest in a lot of guys wrestling over in Japan. Not Japanese wrestlers, but a lot of wrestlers who weren’t necessarily making it big over here, but were huge stars in Japan. Guys like Cactus Jack.
O: You’ve got some massive calves. What’s up with that?
M: The honest truth about that is they’re one hundred percent natural. I’ve never done anything to get them any bigger. When I used to train in the gym, the body builders used to joke around that they were jealous since I didn’t have to work my calves out. I haven’t measured them lately, but they’ve gotta be close to twenty inches just naturally, maybe larger.
O: What is your favourite dessert?
M: You know, I’m actually just a really big fan of good old-fashioned apple pie.