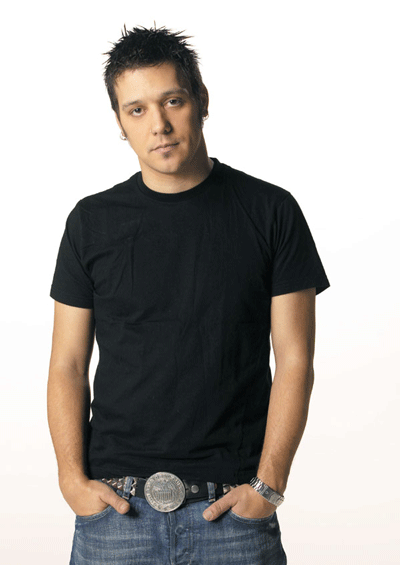 On Thursday night, we went to the opening gala for the VIFF. Disappointed by the lack of minor Canadian celebrities and feeling emboldened by all the really free booze, I saw hunky George standing around and decided to chat him up. I was drunk, he was straight-edge sober, and by the end of the night we were arguing on a Granville Island pier and he straight-faced compared U2 to God.

GEORGE: Check one two. I think it’s on.
ONLY: Okay, fuck. Now I need questions. Oh yeah, what do you think young Canada thinks of you?
G: Oh, I don’t know. Ask them. I think that the ones who have seen what I do may think that, like me or dislike me, I’m not bullshitting them.
ONLY: What’s, like, your life goal? The top, you know.
G: Fill up the time ‘til I die. I just want to be able to feel good about what I do. Not pride, because pride’s bullshit. I don’t want fucking pride in what I do. I make television, for christsake.
ONLY: Might you ever run for political office?
G: Way too much shit to hide.
ONLY: What’s the difference between working for CBC and working for MuchMusic?
G: Interior design. Working at MuchMusic was like working in a rock video, walking into the CBC building is like walking into a dentist’s office.
ONLY: Do you think you’re going to lose your job when you get older and you don’t have the whole “young guy” thing anymore?
G: I’m not a young guy. I’m 34-years-old. I’ll lose my job when people don’t watch the show anymore.
ONLY: What’s your favourite band right now?
G: I like System of a Down. A lot. In a genre that has become extremely narrow, heavy music, System of a Down have found a way to be artists.
ONLY: Your gum smells soooo good.
G: It’s my last piece.
ONLY: I’m going to take it.
G: Okay.
ONLY: Mmm. Bubblicious?