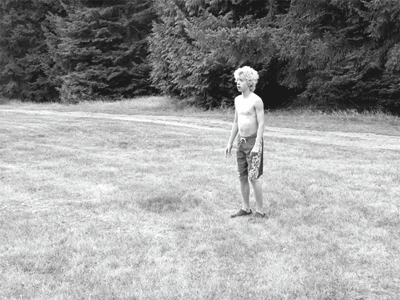 ONLY: Do you have a good idea of what it means to be a pedophile?
Spencer: Yeah, It’s people who go around and molest kids.
ONLY: Do you have any fear of pedophiles?
Spencer: Um, not really. I’m always with my parents wherever I go.
ONLY: But you went to summer camp, right?
Spencer: Yeah I did, but I was with a lot of people.
ONLY: Were any of them older men?
Spencer: Yeah, tons. But they weren’t all that old.
ONLY: Do you have any male teachers?
Spencer: Yeah, like three of them.
ONLY: Did you know that those are two of the most coveted jobs for pedophiles?
Spencer: Yeah I knew that. It’s kind of freaky. But, you know, you just have to watch out I guess.
ONLY: What steps should kids take to avoid pedophiles?
Spencer: Don’t go in public scantily clad.
ONLY: For boys?
Spencer: Well, I guess. You could probably kick their ass anyways cause they’re old geezers. But also you just can’t walk around Granville Street by yourself.
ONLY: Well that’s okay, but did you know that pedophiles have these networks set up to figure out the best jobs to have in order to deceive parents and infiltrate groups of little boys and seduce kids and shit like that?
Spencer: Well… that’s kind of freaking me out right now, but… I was once in a film course where the teacher turned out to be a pedophile. That completely freaked me out, because you just never know with these people!
ONLY: Did anything happen with this guy where in retrospect you went, “Wow that was a pedophile thing”?
Spencer: Um, he was kind of nice. I think a bit too nice… I heard a story about this girl once who had a dance instructor, and he was always nice to her — she always got the best marks and stuff like that. And he invited her into this special dance program, and of course she accepted, and then she was getting a bit suspicious, but she finally sued the guy when he asked her to eat a Smartie off his tongue.