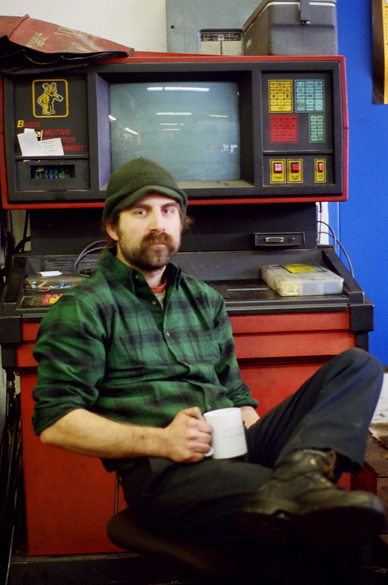 STEVEN ROMANIUK IS A MECHANIC. HE IS 29.

ONLY: Do you think that time travel is possible?

Steven: Yes I do, mostly because of Back to the Future. It made me want to believe.

ONLY: How long do you think it will be until we have time machines?

S: We might already have them, you never know. The DeLorean was made a long time ago, and there are things about it that we don’t even know about.

ONLY: If you had a time machine and you could go back in time, where would you go?

S: I’d go back five minutes and say that I don’t want to do this interview. Or maybe the plague days.

ONLY: Why the plague days? That doesn’t make any sense.

S: Because I could go to England when everyone was getting sick and laugh at them ‘cause I’d be immune.

ONLY: Are there any terrible points in your life that you wish you had time machine so you could go back and fix them?

S: Probably meeting my girlfriend. If I could fast forward past that it would be awesome. Damn cheating girlfriends. I can give you her name to put in if you want.

ONLY: No, I don’t think so. Any other time travel thoughts?

S: If they started make the DeLorean again, time travel would be completely possible. They could go and dig up Christoper Lloyd out of the graveyard and make a new one.

ONLY: I think he’s still alive.