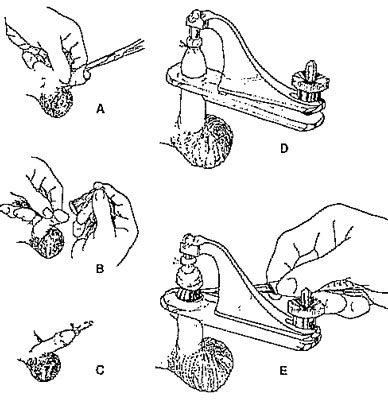 It seemed like it was only a matter of time. Canwest has finally begun to purge the Vancouver Courier of the people that have made it the city’s best newspaper. After firing long-time Publisher Peter Ballard for not being corporate enough, Canwest has cut East Van columnist Kevin Potvin loose.

While Canwest turned the Vancouver Sun and Province into two gigantic piles of poop, the Courier managed to retain its independence and blossomed into a world-class example of community journalism. With a small but talented team of reporters, the Courier has consistently embarrassed its corporate cousins by breaking news, providing in depth analysis and generally being a lot funnier (they covered their own staff beard growing contest). It also hasn’t been afraid to take shots at the Sun and Province in its Kudos and Kvetches column.

The Ballard and Potvin firings may signal the end of those days. While Potvin certainly admits he gave Canwest enough reasons for them to fire him (and his columns could often appear more flaky than factual), he provided a voice for a community that isn’t being represented in the city’s corporate press. More disturbing, Canwest is refusing to man-up and just say why they cut him — a giant fuck you to media democracy.

Most of Canwest’s Vancouver-area community papers are stale and conservative. Let’s hope the Courier can keep Canwest off its back and continue to produce strong quality journalism in a city that is quickly losing any semblance of independence.