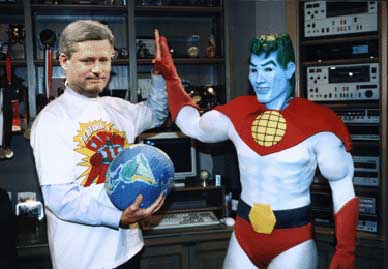 In some very exciting news, it is being reported today that Canada is officially home to the single most destructive project on earth. Of course, they mean disruptive in an environmental sense, and also of course, they’re talking about the Alberta oil sands. And until the world stops running on oil (or stops running entirely) this unfathomably destructive project is here to stay, because hey, have you seen our currency lately? Who wants to argue with that? Exactly. We’re going to be number one FOR EVER!