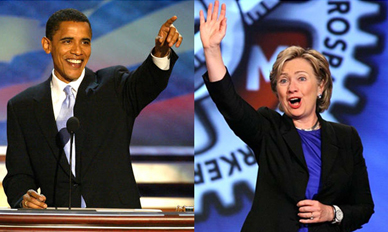 Something amazing happened last night in the U.S. 2008 presidential primaries, and it had nothing to do with the exhausted memes the American media has already trumpeted. It had nothing to do with race or gender or even politics. For the first time in a long time, apathy was replaced with zeal. People were actually paying attention and actually voting. Whatever slumber the U.S. has been in for the last eight years seems to be lifting. The incredibly tight race between Democrats Hilary Clinton and Barack Obama is invigorating. The fact that John McCain is odds on favourite in the Republican race is pleasantly surprising. And both parties and their supporters seem to be screaming for change, screaming for liberation from what’s been a comically bad season in American politics.

Regardless of what’s next, it’s bound to be an incredible year for the U.S. and hopefully an inspiration for Canadians who may find themselves heading to the polls as early as this spring. Let’s not wait until things are at their absolute worst to start demanding change.