Only goes to SXSW: A Complete week 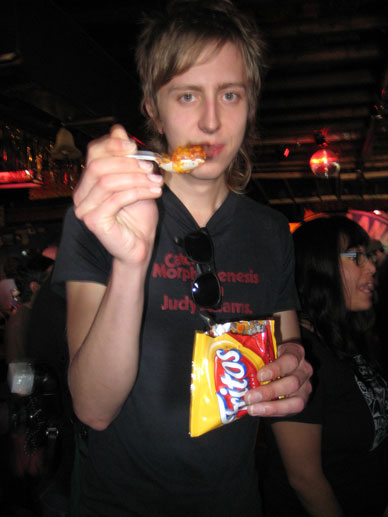 Recap, recap, recap… where to even start? My mind is buzzing with the events of SXSW. With so many bands, veggie tacos and hours in the Texan sun, it’s hard to do anything but curl up into a little ball with all my new seven-inches and hide from the Vancouver rain. If you were lucky and/or crazy enough to be in Austin this past week, you’ll know what I mean, if you weren’t, well, may I suggest tracking down some Lone Star, chugging about eight and then reading my highlights. By the time you get to the end the photos should be swirling, the words totally incomprehensible — it’ll be pretty much like you were there… almost.

Thursday: I spy with my little eye something insane called FRITO PIE!
I started the day camped out at Beerland for the Florida’s Dying daytime showcase. While everyone was excited to check out the bands, the afternoon turned out to be more about enjoying the Texas sunshine and reconnecting with old out-of-town friends. I wasn’t overly excited to see any of the bands on this lineup except for the Coconut Coolouts from Seattle. Somehow I missed them (sadly, this seemed to be a pattern with bands I really wanted to see at SXSW — time management becomes a bit of a challenge when the bar is open for business at 1pm). Of the bands I did see on the FD lineup, Johnny and the Limelites from Chicago were the most impressive by far. But how could the exuberant five-piece not be, what with their semi-matching wedding-singer inspired tuxedo ensembles and retardedly catchy songs about pizza parties and hot tubs. And it was their silly, good times dance punk that served as the perfect soundtrack to my ultimate SXSW discovery… THE FRITO PIE!!! 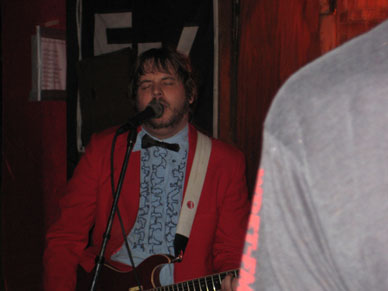 I could not believe my eyes when I saw the bartender lean over a slow cooker perched on top of the bar, scoop out a big heap of Texan chili and drop the gooey meat pudding into a mini snack bag of Frito potato chips! And to find out that this obnoxious heart-attack snack-pack has an actual name, not to mention its own Wikipedia page, well, I almost lost it. That little chunky-meat-chip-pack was enough to tempt even this vegetarian, but then I remembered I didn’t want to die 24 hours later in some dark bathroom stall, so I let a member of Detroit’s Terrible Twos try out this southwest delicacy instead.

Friday:
We’ll start Friday off with veggie breakfast tacos — everything before that was pretty much moody and hung over. So after enjoying yummy Mexican food and lamenting over the fact that nothing in Vancouver really compares — please feel free to take me out and prove me wrong — I headed back to Beerland for the Get Whiskey Bent day show. Eat Skull from Portland was playing when I walked in. They played an awesome noisy set of discordant angular gems. The set was super entertaining to watch; it’s no wonder they’ve gotten cozy with Slitbreeze. Up next was Home Blitz from somewhere in New Jersey. There’s some hype around these guys (“hype” as in that dirty word that gets bands mentioned in Rolling Stone and on Pitchfork), so I was a little suspicious about the whole thing. But turns out they’re great, not-kick-me-over amazing, but definitely worth standing in the second row for some sloppy entertainment. I think Tyvek from Detroit played next. Don’t hold me to it though — I was a few rum’ n’cokes in by then. I can’t really say anything insightful about this band that isn’t captured by their bizarre Myspace ramblings, “Treads through sub-USA travels messed up always worried keep moving, pleasant after thoughts, funny comments worth some occasional repeating, friendships, pagan style celebration, Hittite war drums, post institutional loud buzzing.” None of it really makes any sense but it all sounds so wonderfully compelling when it’s strung together, much like their actual music. It was a real pleasure to see them play, one that my tired mind can’t even begin to describe beyond this slack-ass copy and paste method. 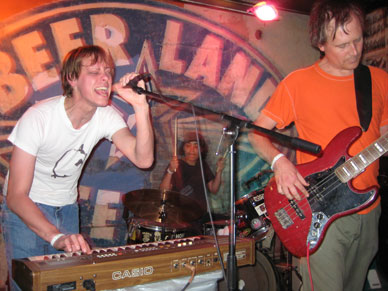 So somewhere in there, TV Ghosts played. I don’t think I was wasted until later and I’m pretty sure I hadn’t fallen in love with anyone by that point, yet somehow the order of events escapes me. Regardless, as soon as their set was over I rushed right over to merch and grabbed a copy of the Indiana band’s LP. Totally weird and perfect, I can’t say enough good things about this band. Hands down this was the set of the day for me.

Hours, and a few more tacos later, I was back at Beerland for the evening Goner Records showcase. It was a stellar night. So good in fact, that the women’s washroom never even ran out of toilet paper, despite the bar being at capacity — you can’t beat magic like that! It was also an absurd night considering the performance of Memphis’s Ross Johnson. Watching this aging man play the drums in between stand-up jokes, which not even the phlegm-coughing Neil Hamburger could touch, was sort of like watching your drunk uncle do naked karaoke. There’s a bit of a thrill at first but then it gets really uncomfortable and the experience haunts you for the rest of your life. Still it was pretty awesome, especially when I got to grab the microphone with a couple other ladies and get in on Johnson’s “Gorgeous Body, Gorgeous Dink” number.

Somehow it seemed normal that Jack Oblivian followed this lewd spectacle. Or at least I think he did… drink drink. And just like all the other Oblivians, Jack can do no wrong. So, obviously, he played an amazing set, showcasing true musicianship with just the right amount of southern sleaze and grease to keep it interesting. Cococoma from Chicago and Digital Leather from Arizona both played great sets after that but I was having a hard time staying focused knowing that the Carbonas from Atlanta were soon to play. I’m sure all the rum’n‘cokes were really helping concentration levels too. 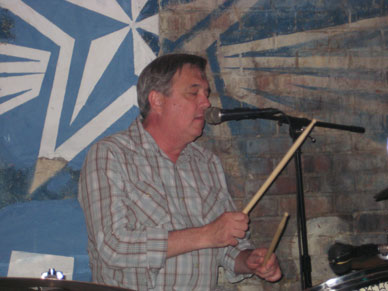 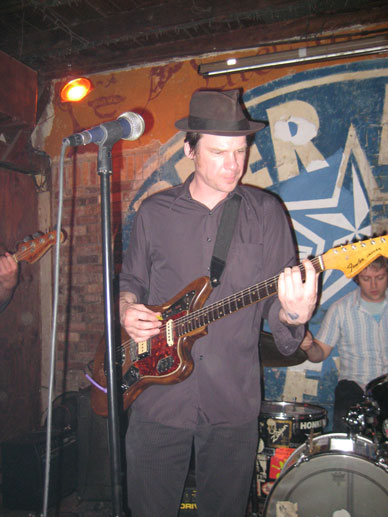 So the Carbonas, here we go. First thing is first, being a girl in the front row is never a good idea at a punk show. And being a girl in a dress in the front row at a punk show is an even worse idea. So trust me to be that girl. The moment the band started playing it was mayhem, and of the most wonderful kind. Their fast, 77’ style punk-pop complete with snotty vocals blasted the room. Greg, the lead singer was wildly charismatic and a pretty good sport to put up with half the crowd shouting out his lyrics, butchering most of them with drunken slurs. This was my third time seeing the Carbonas and it was definitely the messiest. Thankfully fellow Vancouverites Christa, and photographer Jason were beside me to help push me back up when crazy, lunatic punkers fell on top of me. It was quite perfect really. 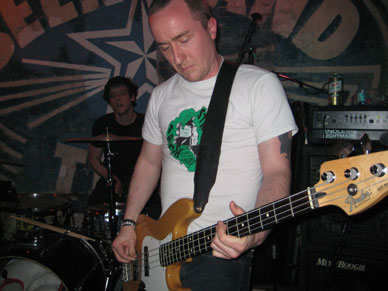 Somehow after that I managed to make it to the most anticipated after-party of the entire festival, The Lamar Pedestrian Bridge Fucked Up show. Contrary to NME’s report, no one jumped off the bridge early Saturday morning during the now infamous event. Yes there were at least 600 kids packed onto the footbridge. And yes most of them were drunk and disorderly. But the most outrageous thing I saw on the bridge were the hordes of hipsters dressed in multi-coloured skinny jeans and feathers. I mean don’t get me wrong, seeing a bunch of twenty year olds in matching Urban Outfitter feather necklaces talking about dj-douche-fuck’s mash-up is pretty fucking disturbing, but it doesn’t compare with NME’s “account” where “the bridge began to buckle and bounce under the weight of the crowd, which prompted many fans to jump into the river to escape.” Despite no one flinging themselves off the bridge, I’m sure everyone had a good time. Although I had to get the hell out of there once the bottle rockets started going off, so I missed most of the show.