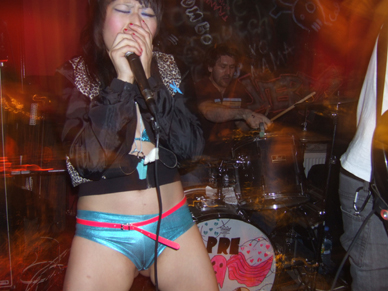 The punkest band in England just made a little video. Brilliantly discordant punk noise and a dangerously uninhibited singer make Pre an absolute spectacle. They have stuff out on Love Pump, Force Field, and even Rough Trade and Fire. And they are “the first European band signed to Skin Graft." But to be honest, you probably don’t want to buy the record, you want to see them live. And since one transatlantic flight will double your carbon emissions for the year and their tour doesn’t put them anywhere near our coast, this video is as close as you’re gonna get.