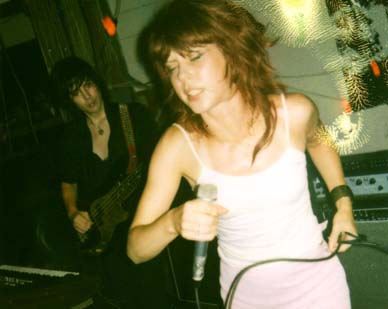 This week marked the first Wednesday night of many Wednesdays to come at Guys&Dolls Billiards (Main and Broadway). Danny McCash (Vancouver’s newest promoter/new AndrewAndrewAndrew) created this night as his “chill, pre-drink” brain-child, and has done a great job. Danny also puts on Young and the Restless at the Met on Thursdays. Although that night tends to be unintentionally exclusive to a certain posse, the night at Guys&Dolls is definitely the opposite. The mafia-hangout decor, lack of “pro” DJing, cheap drinks and abundance of pool tables give this night something we have missed over the past year – a legion-esque feel. This seems to be what My!Gay!Husband! and Tyler Fedchuck are trying to achieve with Time Shark at the Bayside Lounge on Tuesdays, but totally surpasses it (even though their flyer is rad). Instead of all the indie-rap remixes, you are treated to your favourites: The Rolling Stones, old punk rock, super oldies and indie classics. This night is golden. Go!

You know a good art show/party when you see a million bikes lined up outside. This was the deal Thursday at the Blanket Gallery. The show was curated by Nick Pittman, and included his work as well as works by Eli Bornowsky, Neil Campbell, Jessica Eaton, Kayla Guthrie, Colin Johansen, Monique Mouton, Laura Piasta and Maxwell Simmer. Julia Feyrer also had some pieces that really impressed me. Her watercolour’s were incredible, so check out her portfolio.

Glass Candy came to town this Friday at the Sweatshop. I missed Twin Crystals opening, which blows, but Glass Candy’s amazing set made up for it. This was the first Vancouver show they have played in like three years. Another thing worth mentioning is that it was being filmed for their upcoming video, so look out, you might get famous! The Sweatshop was packed with people pushing, shoving and climbing skate-ramps to get a half-decent view. A mosh pit also popped up. Why anyone would have the urge to mosh to dark disco-beats and futuristic vocals is fucking beyond me. If you don’t like Glass Candy or haven’t heard them, Pitchfork just gave them major props (Best New Music), so get used to it. They are definitely a train to jump on.

This week, it’s all Jazz Fest! Pay $50 a day to go see people you probably don’t want to listen to and pretend you’re cultured (by cultured I mean “can grow bugs in my dreadlocks and beat a drum”). Wednesday night go to Guys&Dolls Billiards (if you haven’t figured it out by now), The Makeout for $3 beer night and the Tony look-alike contest at the Royal Unicorn Cabaret, or Cosmo Baker at Republic ($10). For Thursday metal fun put down $15 for Three Inches of Blood, Bison and Jaws at Richards. On Friday, Shapes and Sizes and They Shoot Horses, Don’t They? play at the Railway Club to kick-off their tour, and The Homewreckers, The Rebel Spell, Eleutheros and Sacraporia all participate in Smash the Sausage Fest at the Cobalt. If you are still thirsty for a party on Sunday, check out Sexhausted at Century House on Richards (it’s free).