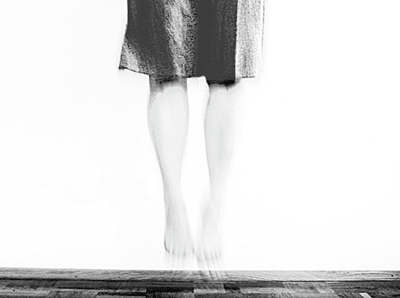 It’s really hard these days if you’re plain, pudgy or personality-less not to kill yourself. I know you’ve been thinking about it, sizing yourself up, remembering how much better everyone else is than you. And they probably are. It’s not just a coincidence you don’t have a good job, steady relationship or parents who love you. We’ve been listening to you and no; you don’t have anything worthwhile to say. So go for it.

Syndicated columnist Michelle Malkin recently described self-mutilation as the latest “youth” craze sweeping the continent. Which, my young friends, is bullshit. Cutting is just a baby step towards the real thing. If “kids these days” really had steel vaginas they wouldn’t need a test run before making the jump. Everybody who’s anybody has already done it, like Socrates, Kurt Cobain, Elliot Smith, Patrick Swayze and Hunter S. Thompson. It’s a growing club and membership is free.

What about your reputation? In France suicides were dragged through town to serve as an example to the pious citizens. In England, bodies were buried at a crossroads on the outskirts of the village to prevent tortured souls from haunting the living. But since people are already talking about you behind your back, don’t worry about it. Concerned about the moral ramifications? Long considered an unforgivable sin and destined to land you in purgatory for all eternity, suicide has recently undergone a pleasant societal makeover. It’s totally admirable to unburden the over-populated planet and extremely fashionable to leave your suicide note on scented stationary from Holt.

Personally, I think all suicide funerals should be open-caskets. It’s a good learning experience. If you’ve ever seen the documentary on Judas Priest when two suburbanites shoot themselves in the face after listening to Priest songs backward, you’ll know what I mean. Some ends are more aesthetically pleasing than others. Which takes jumping, shooting and hanging out of the picture. And going back to the Judas Priest boys, if you are going to attempt something drastic like shooting yourself in the face, you should really see to it that it works. It’s going to be so embarrassing trying to explain that one away. Worse than that zit under a band-aid.

The best part of your suicide will be playing the blame game. After the usual suspects like your parents, bullies and society, it’s anybody’s guess who’ll take the fall. Just don’t blame yourself, because it’s never your fault. I would blame People Magazine, the Internet, psychotherapy and cell-phone technology. Alternatively, there are cults, student loan collectors, retail managers and consumer reports. Now you just have to pick a great going-away outfit and the package is complete.

And so you’ve killed yourself, and consequently feel like a complete moron. Too late. I would’ve told you it was a bad idea in the first place, but you were never going to listen. Everybody knows suicide is passÃ©. It hasn’t been hot since famous people were accidentally dying of barbituate-based overdoses. Choking on a sandwich is sexy because it could happen to anyone. Fisting your Xanax prescription is an untrendy cop-out. If you can afford to pay someone to listen to you complain about your barely pathetic existence, how bad can it really be? The government is going out of its way to make sure you don’t end up on the other side of living, plus the Men’s Help Line has a brand new collection of stickers. But, like you’re depressed and no one cares, so you know, whatever. Living can be so hard sometimes especially on those super hard holidays like Valentine’s Day and your birthday. How do you even make it? I’ve always said 25 is over the hill, so don’t wait too long. Killing yourself at 65 is redundant because as far as society is concerned you’re already dead. Good Luck!