AIDS is the new AIDS 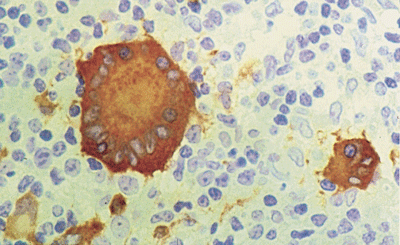 Ohmygod have you seen AIDS lately? She totally has a new attitude! But don’t worry because I heard she’s only pissed off at meth junkies and doesn’t even care about the gays, the whores or the unprotected singles. Remember when she first showed up and she was super — “I hate homos” but then it turned out she also hated all sex and movie producers put her in those after-school specials and she milked her fifteen minutes? And then Magic Johnson told her to go to hell and it seemed like everything was all-cool, except for her intense migration to parts unknown (like Africa and Thailand.) So the news is all, “Yes, you’re probably going to contract SuperAIDS, but chill because if you’re not an ugly, poor, marginalized gay crystal junkie, you’re okay.” But I was all — if bare-backing is the new anal-sex and everybody’s trying it and the news already told us that everyone under the age of thirty is doing meth, then aren’t we all going to get UltraAIDS? If it’s true that beardo’s like to do it in their own gravy and women are just saying No to latex, what of us then? Okay, I’m all for pinking if you already have AIDS and for God’s sake if we both have gen herps, then why not touch lesions? But let’s face facts; pregnancy is not the only STD the general public is susceptible to.

Regular AIDS results from infection with HIV and is currently considered incurable (although as mentioned earlier Magic Johnson has apparently found a cure). Although it is considered the catalyst for full-blown AIDS, many people can live as HIV positive without developing the AIDS virus. Since 1981, AIDS has killed over 23 million people around the world. And those most affected are heterosexual men and women in developing countries.

The new strain of HIV allegedly takes as little as two months to turn into “AIDS-AIDS.” Although the man in New York who has contracted this new strain was having unprotected sex with a man while using crystal methamphetamines, there is absolutely no reason to assume this is the only way to contract it. As fun as it is in the media to vilify particular sections of the populace in order to make sweeping and dangerous generalizations, this is a fucked up way to deal with epidemics. When those glamourous shitheads from the ‘70s and ‘80s were partying it up with the free sex and drugs they figured they were immune to the homo flu. It’s not a stretch to say it was a slap in the face when it turned out AIDS wasn’t a members-only party.