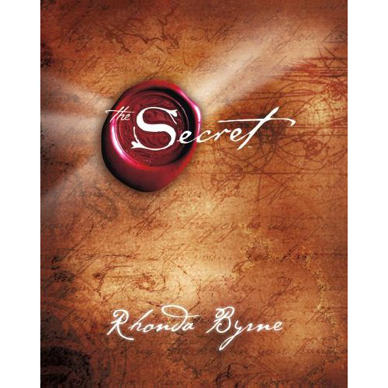 Oprah wants to let you in on a secret. This secret, she says, will change your life. Shit is so huge that she devoted two whole shows to it and the world still can’t get enough. Rhonda Byrne, the lady telling (and selling) the secret, and the team she works with to lend her “credibility,” want to convince you that all you need to go from trailer park to MTV crib are some happy thoughts.

The “law of attraction” touted in The Secret certainly proves itself to be true in that fools will always have their false messiahs. And for them salvation has a price. This particular brand of life improvement is little more than yuppie pornography: a way to satiate material desires without getting off the couch. And Oprah has been peddling this smut for decades. First she allowed those horsey Rules ladies an audience of millions to convince women that being themselves was one of many errors they were committing on the dating scene. She eventually unleashed Dr.Phil on the world along with a handful of other stupidly-named faux-perts like Dr.Robin. And then there’s all the other crap (from that lying crystal meth addict to He’s Just Not That Into You) that Oprah has paved the way for. And does her audience ever call bullshit? Does the mainstream media ever take her to task for exploiting her access to billions of delusional housewives?

Oprah’s real secret is that she didn’t get to be one of the richest women in the world by ignoring marketing gold. She’s cashed in on every fault, vulnerability and conceit boasted by the unwashed masses. She never misses an opportunity to tell you what’s wrong with you and in turn hand you the book/DVD/yogic flyer that can fix you–with a hefty price tag attached. Even literacy is a cash cow for the TV baroness and you better read those fucking god-awful books because Egyptian cotton doesn’t run cheap. And as her massive shadow moves across North America, I ask myself, should this glutton of mediocrity really be granted the power of psychologist, nutritionist, marriage counselor, debt reformer and spiritual healer? At the very least Oprah has been the world’s greatest alchemist, consistently turning shit in to gold and for that her audience should revolt because they’ve been eating up that shit for too long.

So, in turn I’ve got a secret of my own I’d like to share. I will even tell you this secret for free, no DVD to purchase or affirmation diary necessary. My secret will unburden you from all the things holding you back. If you do what I tell you, you will save hundreds of dollars a year, lose that baby fat and regain at least a dollop of self-respect. My secret? Cause and effect. If your expenses exceed your income, you will be broke. If you eat more calories than you burn, you will gain weight. If you are an annoying nag or a charmless asshole, it will be hard to find a date. If you think that all it takes to make a million dollars is to visualize it, you’re an idiot.