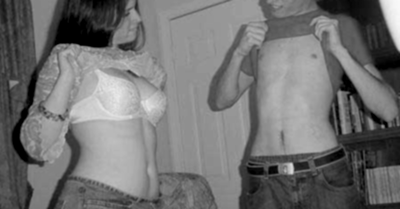 A mother’s advice for wooing

My mother shrieked me out of bed early Tuesday to visit the grandmother in hospital. The instant I walked out of the house, I was berated for not wearing lipstick. Apparently, her ulterior motive for the visit was to introduce me to the world of medical bachelors. The notion I could arouse interest in over-worked professionals simply by rouging my mouth and making coquettish eyes in the cafeteria line up, though endearing, felt outdated and creepy. After scanning VGH for higher tax brackets and coming up fairly empty handed, I lectured myself for falling prey to archaic concepts of convenient arrangements and monetary attractors. But hours later as I was picking through the remnants of a stale roast beef sandwich I compared our new games of copulation with old-timey courtship rules and strategies, and got steamy thinking about the sacrifices we’ve made.

Watching youngsters running around with their genitals pointing in all directions is starting to make me uncomfortable and for the sake of propriety, I think we should introduce a form of modern wooing to make coping easier. Convention suggests the first step to attaining a mate is to arouse sexual interest and the goal thereafter is to turn weekend fucking into a default relationship. Healthy as this sounds for the free clinics, I think there are gentler approaches. My mother, making good headway with the handsome neurosurgeon, offered some fair advice.
“For starters you need to soften up, nobody likes hard women. And also did you pay attention to that doctor that just walked by, he looks tall?”

“The point is stop being so paranoid about everything and let things blossom slowly.”

“Exactly, let’s go, you should tuck that shirt in.”

I think her rational boils down to time. In an effort to preserve some element of sanity and innocence, she suggests slowing down the process. As exciting as heated races to the boiling point are, ephemeral couplings are generally a result of quick burnout. I hate poetry as much as the next girl, but the thought behind written declarations of romance is to introduce thought and build upon an actual connection.

Another point of interest lies in the initial desire to play coy. A few wary steps forward make people vulnerable to rejection and therefore render the desire to leap unappealing. So present sentiment tells us to drown these fears in libations, which create a pool of below the belt freedom, but brings us back to misrepresented wants. And if you start on the bottom, chances are you’ll be digging your own grave before too long. It’s at this point where I generally freak out and throw up every possible defense. Professionals call this type of behaviour “fear” but mom has a better idea of what it might mean.

“If they don’t show any interest I just get pissed off. I don’t have time for the male ego or pride or grossness and you should just tell them to go to hell. But then you might scare them off. Do you scare men, is that what this is about? Be easier on them. You need to remember it’s a two person game, this thing.”

This kind of nonsensical advice is perfect for the modern approach to dating. It assumes that the longer you spend pointlessly over-analysing every thought and feeling you ever have, the longer you can drag out the inevitable. This also allows for a plethora of trashed beginnings because of obvious lunacy and that can all be chalked up to experience, which makes you worldly. Modernity is both safe and lonely, after all, the more back-and-forthing you do, the less likely anything will ever happen and how futuristic is a relationship that never comes to fruition? -