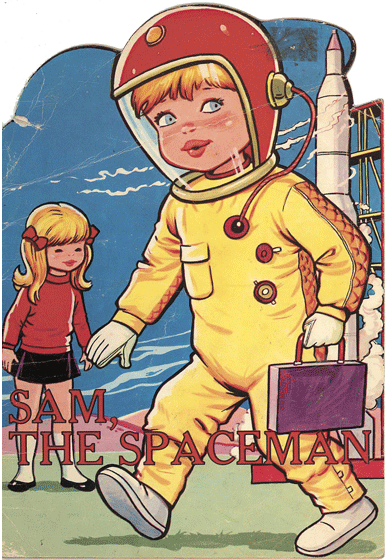 h.3 That bitch is crazy

Like a lot of people following the story, my initial reaction was “that bitch is crazy.” It’s not everyday an accomplished female astronaut drives 900 miles in a murderous rage to stalk her alleged love rival, all while wearing a diaper. It’s the stuff of voyeuristic dreams, the kind of story that mesmerises media and viewer alike, because as the old saying goes, earth hath no crazy like a woman unhinged.

Despite the fact that Lisa Nowak drove to Orlando with a steel mallet, knife, BB gun and garbage bags, the diaper remains the focal point of the story, a symbol of desperation as opposed to criminal calculation. Instead of frightening us, these figures draw us in, salivating at the chance to map the point when a girl gone wild becomes a woman gone fucking nuts. In film lore, Glenn Close remains the patron saint of mad women. Her character in Fatal Attraction has come to epitomise obsession, hers with Michael Douglas’ character and ours with the women who will go to any length to redeem their desires. From the runaway bride who faked her own kidnapping to the perennial soap opera of Anna Nicole Smith, their nervous breakdowns are our tabloid and headline news fodder.

But much as we love to watch them implode, we rarely examine what led them to the breaking point.

Everyone has done something questionable in the name of love and lust, but for a lot of these bunny boilers, obsession is not a conclusion, but rather a symptom. As teenagers many girls struggle with low self-esteem. Faced with the societal deluge of premature sexuality and preternatural adulthood, they find accomplishment the same way their adult counterparts on television do, through men. Those same young girls will also battle depression with few outlets and support systems, and will continue to misdiagnose themselves as simply lonely or undesirable. It’s no surprise to me then that at forty, low self-esteem, depression and fear turn into desperation. Though Lisa Nowak was married with kids when she started collecting wigs and trench coats, one can imagine she saw her attraction to William Oefelein as an escape; A way for her to channel a misspent youth, forgotten femininity or simply a way to placate fantasies of another life.

And yet regardless of what her personal tragedies may be, she is a dangerous person, someone willing to kill for her fantasies. In truth she’s not a wayward runaway bride or a film villain, she’s someone who has made many mistakes and her biggest one may have been ignoring her health. One in seven girls claim to have low self-esteem, women are twice as likely to suffer from depression as men, but rarely seek help. These are stats that should be taken seriously. Compelling as it is to watch characters cross the line of normalcy and descend in to homicidal lunacy, it’s much less entertaining when those characters are real. Instead of rewarding them with headlines once they’ve fallen from grace, we should be focused on helping women overcome their own stereotypes of need and hopelessness. There is no substitute for sound mental health, even if he is an astronaut.