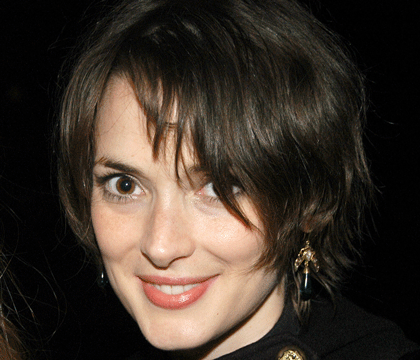 Fame is a mental illness

One of the first questions in a bi-polar disorder assessment test is, “Do you think you are, or will ever be famous?” The questions is designed to weed out delusional types who self-aggrandise or are under the assumption that they are known, stalked, or being watched (as, of course, all crazy people are always being watched.) If you answer yes, you’re on your way to mood stabilisers, but what do psychologists say to the scores of people who live by the celebrity mantra, “I always knew I’d be famous?”

From Courtney Love to Gwyneth Paltrow, Jim Carrey to Winona Ryder, at some point notable names publicly declare they had known since childhood that their place was in the centre of the spotlight. Does this mean they’re all psychic or just psycho? It certainly takes a specific type to eschew any sense of normalcy to pursue the skeleton of a life lived in front of the camera. It’s not much of a leap to see the similarities in a person who eschews regular employment to pursue the sketchy, harried life of a paranoiac. Both types are ravenous for attention, but shy away when it seems inconvenient. And no one pulls off a baseball hat and sunglasses at the grocery store better than a bi-polar celebrity. Tabloids live for the day they can report that the attention has finally forced so-and-so to crack under pressure, for person X to hit the bottle, the glass pipe, or the transsexual booty in search of fulfillment. A layperson might think celebrities are at greater risk of going mental–but I say, mental people are just naturally pre-disposed to becoming celebrities.

Another quality of the bi-polar sufferer is spendaholism. Potential victims are once again asked if they spend money recklessly, extravagantly, and without thought. It’s hard to lie about that one; manic-depressives are natural hoarders, and the proof is lying all around them, piled up in the closet and on the floor. It seems quite sad, really, this compulsion to erode one’s personal finances without any power to stop it. Now, you’re saying, there’s the distinction between crazy and famous. Famous people are rich and therefore spend money insanely because they have insane amounts of money.

But when Lindsay Lohan drops a $100,000 in one day, I’d call that extravagant. When TLC, Toni Braxton, and MC Hammer are all declaring bankruptcy because they invested in one-too-many pairs of customised parachute pants, I tell you, that’s reckless. These are people who have hired help around to hold their drinking straws and request diamond-encrusted microphones on tour. I ask, is there anything crazier? At the very least, the non-famous manic-depressives have limitations on their money madness. A creditor won’t wait until the second Escalade to send you a warning. If you’re still unfortunate enough to be undiscovered, they’ll just rip that credit card right up.

This is pretty conclusive stuff. Every lunatic tick box is getting checked. The manic highs, the suicidal lows, the teetering self-esteem and rampant eating disorders. Well, I don’t know about the eating disorders thing, but it seems like if you’re already racked with crazy of one kind, you might as well throw in crazy everything else too. But the remaining factors are uncanny–the disregard for personal hygiene, the sense that everyone is out to get them, the substance abuse and denial–it’s what experts like myself would call textbook. And in the ultimate irony, our society has eternally condemned mental illness while propelling celebrity status to greater and greater heights. Blindly unaware that they are one and the same.