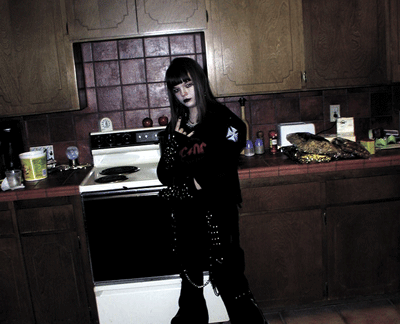 Last week the watching world was inundated with images, rumours, and constant updates from the media regarding the shooting at Dawson College. Because of the intensity and scope of that “event” it got more airtime than anything else that week. But there was something unique about the coverage, something that I, at least, haven’t seen on such a large scale. This time around the media went straight for the Internet.

The very first images of the gunman came from his homepage on a website called “VampireFreaks.” Obviously Peter Mansbridge doesn’t normally come across sites like this, so you can only assume there was a lot of Googling going on at every news station in town. Suddenly the question every reporter was asking was, “How did Goths get their own website, and why isn’t anyone doing anything about it?” Maybe they didn’t ask that exact question, but the tone was more than implicit. It seemed to suggest that there was a direct link between angst-riddled blogs published on the web, and random shootings. And creepy as Goths might be, I think that implication is more than a little irresponsible.

It’s certainly commonplace for the media to jump on a scapegoat in the hopes that blaming a straw man will lessen the impetus on us to actually dig for answers. From alleged terrorists to black-wearing Goths, most fringe groups take their turn in front of the firing squad and we enjoy pulling the trigger. But for once in my life, I actually feel for those poor Goths. Not only do they have to walk around looking like effete pirates, but now the mainstream media is threatening to take away any connection to other weirdos they might have.

I realize there’s a fine line between freedom of speech and being a homicidal maniac, and I also believe there’s a lot more going on in online communities that merits paying attention to. My question is, who should be monitoring these communities, if at all? How can we have any tangible control over who says what on the Internet? I don’t think we can, and I certainly don’t think we should pick and choose based on limited criteria. An isolated incident involving a disturbed young man doesn’t necessarily lead to an entire depraved community waiting in the wings to commit similar acts.

In fact, I don’t think most of what gets published on forums like VampireFreaks is even worth having a second look at. A teenager threatening to end her life online because her Tide doesn’t keep her blacks their blackest is probably the equivalent of happening upon another girl’s diary in which she swears she will kill herself if some guy breaks up with her.

Most young people need to vent to their peers, they need a dialogue that offers exchange without judgment. In fact, it’s that dialogue that so many experts believe is what separates the murderous loners from the non-murderous ones. If we start to tell people that their chosen communities can’t exist because their mere existence suggests criminal activity, we are rejecting them as human beings. We’re saying, “you’ve been spurned at school, misunderstood by your parents, and now kicked out of your only comfortable space.”

There certainly are a number of lessons humanity can take from the aftermath of shootings like the one at Dawson College, some of the more important ones being understanding and tolerance. Even for Goths.