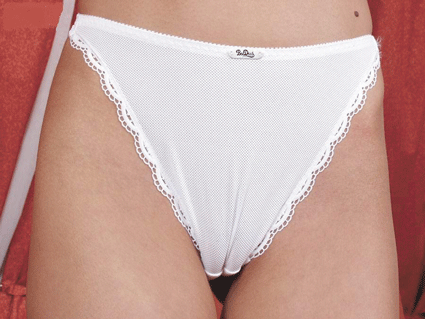 When Firecrotch becomes a household name

I’ve seen three celebrity vaginas in two days. Considering I don’t even look at internet porn anymore, that’s an alarming amount of poon to see while innocently browsing my usual celebrity gossip sites. I was witnessing a cooter parade when all I signed up for were pictures of John Travolta kissing some dude. I’m never really surprised when a B-list lip-syncher shows up somewhere with an endangered species attached to her head or accessorized with a midget, and I’m also not surprised any time Paris Hilton’s vagina shows up in a magazine, but when teen starlets start exposing their pussies, I start to worry for the children.

Obviously trends are readily available through the fame machine, whether it’s bringing the 80’s back every year until judgment day or trying to convince us that Marie Antoinette was a young blonde American with poor teeth, there’s always something transparent in Hollywood that makes its way into the halls of our high schools. Usually it’s harmless like the 80’s were (except for the cocaine), but crotch-baring teens getting in and out of cabs is too much for our delicate sensibilities to handle. Imagine how you’d feel if you were walking down the street and a gust of wind suddenly exposed some hussy’s genitals? You’d stand there and think “why did this have to happen to me?”

If this becomes fashionable it will make embarrassment all that harder to catalogue. That nightmare you sometimes have of realizing you’re naked in front of your peers will just be reality. You’ll go to work and see the receptionist’s nipple before you’ve even had a coffee. Maybe the boss will let his dink slip out just before you punch the clock. Worst of all, none of it would even matter because celebrities have already been doing it for months. We’ll be well on our way to the kind of social decline historians constantly warn us about, but can’t ever seem to pin because they haven’t seen Lindsay Lohan’s vagina. Well I have, and it is surely the mark of the beast. The kind of thing you don’t think you’ll ever see, but then you do and you wish you could just go back to more innocent times (This was later proven to not actually be Linday Lohan’s vagina).

And to think, these women know they’ll be doggedly chased by men with cameras everywhere they go, and still no underwear. Even though that underwear is the last thread of decency our society has left.

That thin strip of cotton is the fine line between waking up with a hangover and waking up with a kid. Having to tug off your Hanes gives you those precious last seconds to think about who you’re actually about to do, maybe even saving you from the humiliation of sleeping with the wrong person. Without the safety of the panty, that thing could be in and out before you even remember what drink you just ordered. Not to mention all the free Gin & Tonics you’ll be missing out on because your panties were removed hours ago – and why buy the cow drinks, when you can get her waxed beav for free?

Considering that decorum is already a four-letter word, I hope this is a trend that laps right by. I don’t have the stomach for it, and I definitely don’t have the waxing budget to jump on the bandwagon myself.