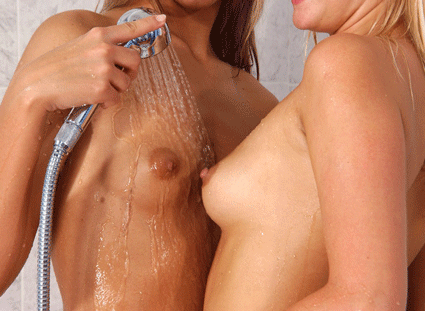 Making friends as an adult is the most awkward process. I think I thought it would be no problem. When I was a kid, friends just showed up in school or lived in your neighbourhood and your mom made you make friends with everyone. Then I was in high school and people were adopting new personalities every day and you could pick and choose one until you found something, or someone you liked. But if you decide one day in your twenties that the friends you have aren’t the friends you want, it’s like having to start a new life in the witness protection program.

Hordes of socially inept weirdos are always complaining about how hard it is to date, but even if you know what you’re doing in that department, hooking up platonically is like a giant gay pick-up gone wrong. I don’t know if it’s okay to meet friends in the same places that you would try and F-people. Like you would be mixing the salts and sweets on your Thanksgiving plate, which of course is an abomination of flavour. For example, you can’t go up to a lady (or man) in the gym while you’re showering and ask her/him what kind of shampoo they use, in order to figure out if you have enough in common to be buds. Except for that one erotic story I read on the Internet about a lady who becomes sexy friends with another lady who has a huge clitoris and that makes it okay for them to have a lathery shower, because she’s kind of like a man. Only in that case is it okay to meet friends in the shower.

But for non-erotic women like myself, getting trapped in a creepy situation where I come across like a creep is all too common when determining if someone should be super-awesome-friend-forever. Like if you stare too hard at someone who appears to like the same kind of Kimchi noodle soup bowl as you while they’re eating can be weird for that person. And asking someone if they’ve ever just gotten so sick of it all that they had to take some time out for themselves to prime them for the fact that you’re unceasingly lazy can make some people uncomfortable.

I’m sure it’s my own fault for suddenly not having any friends. I should’ve considered the potential ramifications. And just to set the record straight, it’s not that I lack “friends,” just female friends. For some reason those are the hardest relationships to sustain if you’re a woman. Whether the problem is incessant derision, competition, calculation, or simple cattiness, it seems nearly impossible for women to get along, ever. For a lot of us the need to hash out a place in the hierarchy of alpha bitches replaces the need to form the kind of everlasting bonds that teach us how to make an American quilt. Women seem to have an innate sense of destruction that urges them at all times to create situations that will enable them to tear down their immediate circle of bosom buddies. It’s as if the rotation of the planets would disintegrate if women weren’t sarcastically chastising their best friends and rolling their eyes at the mere mention of a friend’s success. Or maybe that’s just my experience. Either way, if you see me at the YWCA, don’t be alarmed if I ask you what kind of scented body wash that is.