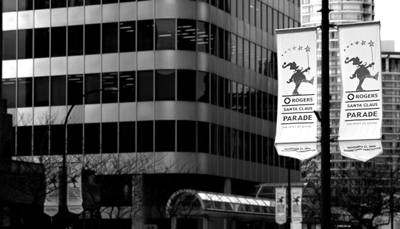 See how you feel after not eating for a month

This last Saturday marked the end of Ramadan, the Islamic month of fasting. For thirty days from sun up to sun down followers abstain from oral consumption of any kind. No food, no water and no cigarettes. Each of these days is long, frustrating and mildly psychotic. For anyone not participating, the chances of being spit at and metaphorically eaten alive are dramatically high. The strangest withdrawal of mind and body happens when you eradicate the daily habits of personal intake. It becomes painfully obvious how affected and controlled you are by the social consumption and practices you generally take for granted. A caffeine drip in the morning, a gossip-fuelled cigarette and even the under-the-radar cookie crumb disappear completely, leaving you grasping for something to occupy hand and mouth.

The end of the fast is usually celebrated with a large feast and an exchange of gifts. It’s a lot like Christmas. Only there’s no massive consumption of mass-produced goods, no daily gorging on fruitcake and turkey and most importantly no glamourous parade. In fact Vancouver’s first annual Santa Claus parade may just be the most painful and deliberately hurtful mockery of the last thirty days of my life. Basically I’ve been starving for a fucking month and this Sunday to celebrate, Robson Street is going to literally parade around a big, fat white guy; a casual glorification of gluttony and deviant behaviour involving children and small animals.

But I would never hold a grudge. After all there is something painfully exciting about standing amongst droves of pudgy citizens clutching eggnog lattes lustily awaiting the arrival of an over-rated man-lord being carried around the streets like Celine Dion. Parades aren’t horrible. The pride parade is one of the best events of the summer, especially that sailor float with the water guns and the brave soldiers with their eager, helpful smiles and practical uniforms. But who can argue with the beauty of such a colourful mÃ©lange? No, this Santa Claus Parade is pushing all sorts of ethical boundaries with its hateful portrayal of the minority population. Do Christians still exist? For months at a time I would say no. At the mere mention of the words organized religion people recoil in horror. But for whatever reason the holiday still seems to attract pagan destroyers eager to preserve the traditions of exploitation and murder. Murder might seem a tad libelous, but isn’t it murderous to pillage the employees of the Gap and Starbucks whenever a festive whim strikes you? Isn’t it murderous to attack other gentle souls just to stake out a front row seat at an insensitive parade that supports lip service of the worst kind? And isn’t it murderous to deny me a parade of an emaciated middle easterner with mood disorders stemming from severe hunger? You can’t say no can you? An entire cavalry of enemies march down the street using the children of the world as go-betweens to rope throngs into submission.

Demonstrations of faith rage towards the rest of the city while fake snow sprinkles over the entire population like that heroin fluff in the Wizard of Oz. Red-coloured swamis in Teflon hats leading the young through their most vulnerable years are a scary thought to any God-fearing agnostic. Especially if you happen to reside east of the designated parade route. Don’t think they’ll be handing out free noisemakers to the panhandlers on that fateful day. Nor will they raise the crescent flag high to commemorate the millions who’ve been foregoing so they could profit from their fleshy midsections. In the end there’s no accounting for taste when it comes to the calculations of the Santa sector. If there were ever a time to come together over the destruction of sanity, it’s now. If you want to protest you can find me front and center sipping hot chocolate eagerly awaiting the first hints of the that infamous red hat.