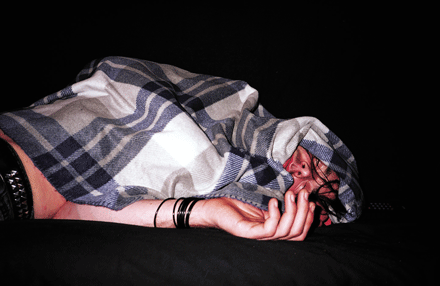 Living beyond our means

For pragmatic (and economic) reasons, I don’t give a shit about real estate in Vancouver. Mortgage rates, interest rates, landscape planning, it all sounds like a foreign language from a really boring country that I would never have the inclination to visit, let alone seek residency. That significant point aside, what the fuck is with real estate in Vancouver? I don’t know how much a normal house is supposed to cost, but I’m almost certain that a two-bedroom “live-work” space on east Cordova across the street from needle-hell-pigeon shit park is not supposed to cost half a million dollars. Do realtors understand why people live in disgusting houses across the street from stores like Pay-less Meats? Because they’re broke and they have to shop at places like fucking Pay-less Meats — where you pay less for cloven hooves and bird tongue, because you’re broke. I live as close to the ghetto as I do, because I’m broke too. That is also why I nearly laugh myself to disgust every time I walk past the new loft/condo/drug dealer pads they’re building on Pender Street in Chinatown.
So someone out there really thought they could attract wealthy half-brains from Shaugnessy to live smack in the middle of crack town with the promise of ethnic living? Oh pale Jesus Christ, why would anyone with money want to live in an ethnically diverse shit hole? I have to walk past that lurid development every day (read: no money for the bus) and every time I do, I pick up one of their listings flyers. On the front are dozens of residents who almost resemble people I know. They’re all young, well-dressed, dog owning twenty-something’s, only now they have condos overlooking that weird furniture store in Tinseltown.
Of course they’re really nothing like people I know because no one I know is in a position to shell out four hundred thousand dollars to live like the artists do. Yes, these “live-work” studios “in the heart of mid-town” are designed for the average buyer who wants to emulate the over-glorified bohemian lifestyle of a poor person. Of course they have no interest in actually living like average people, they demand pomegranate-stained shower heads and wall-to-wall furniture from, well where else but that weird furniture place right across the street. There also won’t be any neighbourhood meetings anytime soon. Because the neighbours in this trendy little development, other than albino Dan who lives across the hall, are crack heads. I really hope each of the new buyers who decides to invest is planning on going straight from the underground parking garage to the doggy spa and back home without having to go outside. Because if they do take a step out there, they’ll realize that they actually bought property in some kind of bizarre middle-earth where an abandoned mall serves as the only non-illegal business activity and even that is questionable. What a sad dose of reality that might be. If the trend in Vancouver real estate is really heading in the direction of insular living where residents pretend that the realities of its city’s drug and poverty issues don’t exist, than I’m going to have to start looking for a place in Burquitlam. We’re all worried about where the homeless are going to go in 2010, well with the skyrocketing prices and delusional developments, we have to start asking where the hell any of us are going to go.