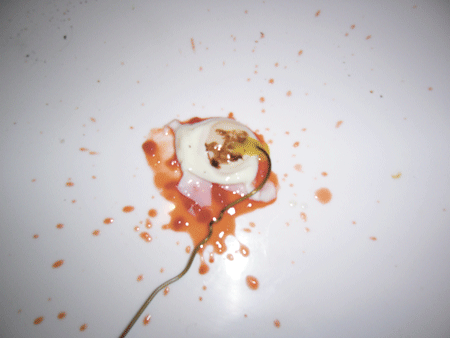 The Product Of An Intelligent Culture

Something very fucked up is happening in the United States. South Dakota recently placed the most restrictive ban on abortion since the precedent setting era of Roe v. Wade. Not even if a woman is raped, or the victim of incest, is she allowed to terminate her pregnancy. And it doesn’t stop in South Dakota because members of the government want to use this opportunity to challenge the entire concept of Roe v. Wade and take away a woman’s right to make decisions for her body.

It’s no shameful secret that women get abortions. It’s not something women do with pride, nor is it something they need to bury; they don’t need to do it in the back-alleys anymore and they don’t need to use rusty coat hangers or ice picks. Having had the privilege of growing up with a strong matriarch and a sense of my inherent independence and strength, I’ve always felt that most women were educated about their choices and free in their ability to make the right ones for their bodies. But I’ve since learned that’s not true. A lot of young women are confused about their options, they are ignorant to the steps they can take to prevent another child being lost in the system, or a baby marred by ill-decisions. Even in a country that gives a woman the right to choose, we’re making sure that choice is nearly impossible to make. My mother worked in the Children’s Ministry for many years and she always handled the most brutal cases.

These were children with fetal alcohol syndrome preparing to hand down the legacy to their offspring. Pre-teens with such severe learning impairments that they couldn’t remember a simple game 30 seconds after learning it, but they knew how to fuck, and protection was never an option. The brutal truth is, their children ended up in foster care the instant they were born. And all of their brothers and sisters did too. Instead of teaching these women about taking care of their bodies, about using birth control, about ending the cycle of FAS, the government just took the babies and discharged the women from the hospital. They aren’t told about access to family planning clinics or to abortion clinics.

With tighter and tighter restrictions on the access and awareness of child-planning, we’re stepping closer to the dark ages of pre-feminism. We’re preparing to douse our progeny in the gasoline of ignorance and light the match that separates us from intelligent cultures. Why would we ever decide to take a thousand steps back after all the hard work it’s taken to move just a tiny step forward? South Dakota may seem far away, but this isn’t an issue of geography, it’s an issue of precedent. The right wing is like a rolling fire waiting to engulf the entire continent in its baboonish thinking. We may not have elected Bush, but we thought it was a good idea to put Stephen Harper in the driver’s seat. He’s got the pomade use down, but his conception of childbirth and rights stops at his dick, because until he loses his genitalia, he has no right to tell any woman what she can do with hers.

It doesn’t take much to overturn a controversial law like the right to an abortion, but we’ve already learned how hard it is to enact one that’s fair to the people it affects. I would hate to live in a country that feels it’s okay for a judiciary body to dictate the personal and physical actions of one of its citizens, specifically when it involves no one else. Whether or not it’s right to abort a child, I can’t say, but to have the right to do so, should be clear.