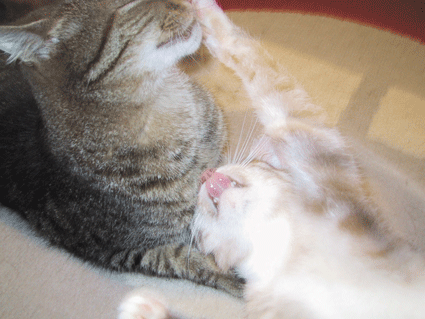 It’s taken more than twenty years, but I’ve finally realised that there are some people I’ll just never get along with. The little things that used to only mildly irritate me are now shooting pains through my entire body, sometimes doubling me over on the street. The traits I used to consider personality quirks in others I suddenly find repugnant. When I was younger I would collect friends just to have an array of humans around to provide a variety of outlooks and impressions. And now I can’t even stomach the opinions or expressions of certain acquaintances.

Though I’m a self-proclaimed horder, there is a part of me that’s starting to believe some of the human debris I’ve accumulated is toxic. When they finally figured out that asbestos was a bad idea in the walls and ceilings of elementary schools, it was too late for most. Hopefully this personal gutting process won’t leave me with a mountain of stray illnesses and a handful of lawsuits that can’t go anywhere. The kind of people that turn into cancer are hard to spot at first, because lying in the sun and chain-smoking all night always seem like good ideas for the first thirty or so years of your life. Then of course you wake up with a disgusting leathery skin and a hole in your throat and you go “What the fuck was I thinking?” That same feeling happened to me when I was listening to someone talk and a voice in my head said, “What the fuck am I thinking?” But like an ill-planned foundation for a crappy building, sometimes the effort to fix the problem is more work than suffering the consequences in the long run. It’s harder than you think to get rid of mold. Especially after it’s already infested your life. You can cover it up for a while and try to ignore it, but damned if it doesn’t peek through every once in awhile and more often than not has grown substantially more annoying. I guess you could burn the whole thing to the ground, but you will absolutely suffer some minor damage yourself. You know what they say about lighting yourself on fire. I never thought I’d say this, but if only humans were more like cats.

Those psychotic animals freak the fuck out if another cat threatens their personal zen. Not just a little claw to the face, no, they seriously spazz and rain cat piss and howls through the entire house until you want to kill yourself. Sometimes they like whatever new animal is introduced in to their environment and then they talk litter boxes and hang around the yard, but damned if they don’t like something. The truth is hell hath no fury like a cat with its back up. I think I’ll start employing similar tactics when it comes to the point that I’m feeling like my territory is being invaded. I’ll just start screaming and freaking out. Of course I have used that technique in the past for other problems and it hasn’t really worked out that well. Maybe I’ll just piss and shit all over the place until I get my message across.