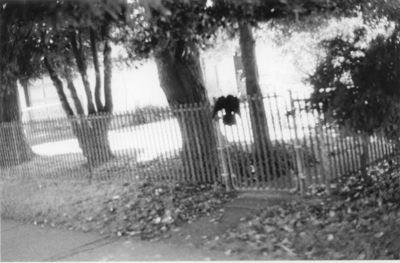 Stop thinking about your ex
By AMIL NIAZI

I’D like to think most self-fulfilling prophecies are good ones. You practice positive thinking until you will yourself in to a happy place and hope everyone around you notices how far you’ve made it on the power of thought. Unfortunately, it doesn’t work that way. The only outcome of over-analyzing is self-destruction. The patterns of guilt-fuelled shame spirals begin as morsels of doubt and quickly balloon out of control. First you misinterpret a certain comment or look, next you wonder if you made that sandwich fast enough and all of a sudden you’re absolutely useless and incapable of existing within the regular standards of society. So now it’s not just that nobody else likes you, but you don’t even like yourself and you’re probably about to be fired again. The major oversight is usually that these thoughts stem from completely irrational notions and are only propelled by the nagging sense of ridiculousness. But how out of place are they? Perhaps there is something sinister in those off-hand comments and sidelong glances from strangers. I don’t think it’s necessarily inappropriate to assume that I’ve done or am doing something wrong at any given moment. Generally I’m not very good at pretending to like the public or working hard. And if I try it just looks forced and awkward and everything comes out like a bad squeak or avalanche of disaster. Plus I’m working so hard at working hard and concentrating on the very near future that I forget to smile or unclench my jaw or sometimes open my eyes. Is that wrong? Can you blame me for trying? Granted most people will tell you it’s never as bad as it seems but I think you are the only one who knows how bad it’s going to be for you. How can your friend or neighbour ever guess the importance of ensuring everybody likes you? Or the dilemma you face if it really is true that you’re unable to retain a job for longer than two weeks no matter how hard you try? Forget living up to everyone else’s expectations, you can barely live up to your own. It’s pre-determined. Absolute. Don’t let anyone else cheer you in to thinking you can improve your lot in life, or that the future will be sunny. That’s bullshit. The vagina dentata of existence will swallow you whole like so many emptied men and women before you. Even after America gives you an extreme makeover nothing will change your insides. The insides which are reminding you that you’ve missed work again, that you absolutely have to stop thinking about your ex and most importantly, you’ve lost your pants. It was supposed to be different wasn’t it? Sunshine and lollipops and rainbow coloured careers. Gumdrops full of self-awareness and esteem. What fall out of the sky now are prescriptions for deluded sanity and candy-coated endorphins. The truth? If you had just taken a minute to confront reality and stopped feeling sorry for yourself it would’ve turned out for the best. By omitting rational for the readily available trove of pathos you create an adorable little nest of doom. Being custom-made the nest is so comfortable and inviting you have to stay in. But I wasn’t really fired, you don’t hate me and he’s over it. ‘Course I did go ahead and screw it up by thinking I screwed it up and I think I might be fired now or at the very least she isn’t going to talk to me ever again because of that thing I said when I thought it wasn’t going to work out for me anyway. Christ.