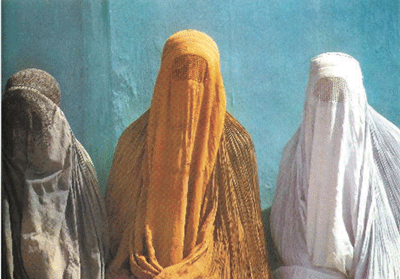 Pulling the shroud off predudice There are a lot of misconceptions regarding racism in modern and civilized society.The general consensus is that for the most part, people really aren’t that racist, a little maybe, but not much. Aggressive forms of behaviour are supposed to be reserved for extreme situations and remote locales. The well-populated centres are not only tolerating, but celebratory of the multi-cultural. I believed that to be true for most of my life, but like a frog being slowly boiled to death, the racism that I’ve seen permeate our society now is like a static electricity burning softly under the heavy carpet of denial.

Subtle prejudice, dull knife that it is, has taken years to affect me, though in retrospect it’s always been there. I grew up in an extremely diverse neighbourhood in the Greater Toronto Area. The pace of the city was fast and we took for granted the variety of cultures around us. I wasn’t a minority in my junior high because there was no majority, we were the Eracism generation. Everyone seemed to have a strong comprehension of global community and culture, we were encouraged, and sometimes forced, to be educated and informed, ignorance was ridiculed and enforced with an after-school beating. Once in awhile there was racism and it wasn’t subtle, but it was not the norm. Then we moved out west.

Maybe it’s my ability as an adult to pick up on the nuances of prejudice, but I have encountered more bigotry, bullshit and inappropriateness in the last five years of my life than ever before. And most of it comes from people I know.
A few years ago I was sitting at a coffee shop in the West End. Davie Street is by far one of the most tolerant neighbourhoods in Vancouver, but in spite of that I was accosted by a crack head that ordered me to go back to where I came from. In his exceptionally well-informed rant he also accused me of being responsible for all the American soldiers that were dying in Afghanistan. I let that slide because this was not a person to whom I felt responsible. I didn’t need to argue with him, or defend myself because, what the fuck, he was insane. What’s been fucking me up recently is the kind of things I’ve heard from people I consider acquaintances.

On more than one occasion my ethnicity is called upon to explain a new job, a hard-earned promotion or anything in between. It’s somehow become acceptable to demoralize the successes of anyone who fits into the pigeonhole of coloured minority because the white majority has granted them a favour. I’m sure it’s in my best interest, after all they’re not racists, how could they be? I just can’t imagine ever asking someone if they got a job at a coffee shop because of where they were from, it’s such a stupid aspect to ever even consider. Why, in a city that’s supposed to be among the best in the world, do we still practice a form of quiet oppression? My only hope is that the measurement of acceptance is not limited to the ability of minorities to blend in with the occasionally skewed politics of the assumed majority. It’s 2006 for fuck’s sake.