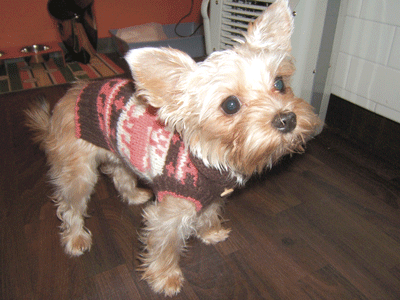 I have so should you.

So I offered to be in a photo shoot a friend was doing for Vancouver’s “young” daily. I figured it would be easy, fairly enjoyable and I’d get to work with someone I respect. Plus I was curious to know what kind of people pulled the strings at a self-described hip and urban paper. Well, holy shit.

We pulled up to a brand new Kits-condo special. The reporter slash stylist greeted us at the door in her easy wear jeans, looking fresh from the beach or surfin’ safari. It’s strange to see the terrain of a journalist who works for a Canwest conglomerate because you never expect to get out of the jeep when you’re gazing at the lions. But there we were in the play-date ready apartment of a shrieking hack ageing faster than her rising mortgage. I was struck dumb at the number of clichés that were barrelling towards me at once. She screamed the word fabulous every chance she got, chased what I thought was an intruding rat around the apartment, and then announced that she had just gotten her little baby a new sweater. The dog’s name is Lola and her sweater cost more than your rent. She then wasted time looking for makeup, didn’t provide any support to the photographer and got, like super confused, when discussing the direction of the shoot. It was the kind of situation you see in a movie about squares and wonder if it ever really happens that way. The kind of situation where the first thing anyone asks you is what you do for a living. The kind of situation where even if you’re in a good mood, you fake every smile. On the way to the “magical looking forest ”, she had decided upon, which was conveniently located on the beach, we all stood around while Lola took a shit. Normally I would’ve just stormed away, made a scene or stepped on the dog, but I was out of my element and totally engrossed in someone else’s. And then it actually got worse as she whined about helping out on the shoot, yipped on her cellphone, complained about how hard she has to work and offered up ridiculous suggestions while the photographer attempted to get one good shot. All I could think was what the fuck. And beyond that, how the fuck, why the fuck and who the fuck?

You can’t wrap your head around these kinds of things when they happen, it’s too fast, too furious. And then I got home and decided that the day’s activities called for a boycott of humanity.
Here was someone paid to tell impressionable minds what’s happening in the world around them. Regurgitating what they’ve decided is cool back to anyone who’ll pay attention. But they can’t just feed back the pap, first they have to extract anything of actual meaning, bleed it of its creativity and passion and then puke it back in to your mouth. I guess if I was drained of any original thought and had to fend for myself in this big bad world I’d also get a job where I could just coast on my ability to keep my eyes open for eight hours straight. And then when it came time to atone for my glaring intellectual sins, I’d just say: “How else was I going to pay for the Prius?”