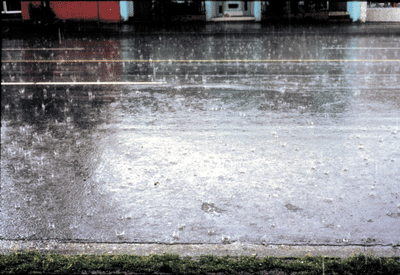 
Casually scan the personal ads in any major daily, Lavalife, or Craigslist and you’ll be bombarded with love’s new personality buzzword; spontaneity. As brought to us by Blind Date and its brethren, spontaneous behaviour generally consists of televised flash nudity or exquisitely awkward dinner conversation concerning what kind of sex your date likes. Does this same word also umbrella things like hurling yourself down a new flight of stairs, punching strangers in the back of the head or disregarding the rash, because you’re wild, unpredictable, funky and like, you just gotta do (underline, bold and exclamation mark), man? What is spontaneity, what place does it hold in personal politics and how can we become an even more spontaneous culture?

Dictionary.com defines the term spontaneity as; “the quality of being spontaneous and coming from natural feelings without constraint.” Actual spontaneous qualities comprise this list;

Synonyms for the word include impulsive, instinctive and involuntary. Other things that are involuntary and/or impulsive include incontinence, sociopathic homicide and arson. Pleading the case that they too make one spontaneous. But let’s not allow the dialogue of impulse to end there, because we’re forgetting about the fun of random, unconstrained actions. This high that drives so many lonely forgers ahead in their search for a mate who will go tandem rock climbing at the spur of the moment, is undeniably laced with good times.

On a recent episode of the aptly named Elimo-date (the sexy part of the date takes place in a giant SUV-Limo hybrid with a hot tub) a girl was overheard to express her love of spontaneity. Is, she enquired, the hunky man to whom she wished to participate in short-term lovemaking with, spontaneous? He proved his ready ability to comply with the natural feelings a free spirit contains by peppering her with his agile tongue. It was so without cultivation that it drew envy in some of us more rigid and less erratic humans.

After pressing a few acquaintances on what makes the concept of spontaneity so exciting, I was eventually told of the overwhelming fear that stagnancy produced in their free minds and looser loins. The possibility they might someday find themselves in self-created ruts and patterns threw them violently to the other side of the lifestyle spectrum. Routine movie nights have become random knife fights. Passion is expressed through a kind of adult truth or dare, with many of the same juvenile results. How would I find out if I possessed spontaneity? As with everything universal, there is an online test that could evaluate just that quality. And so just for wacky kicks, I tried it out, on a whim.

It turns out that even I am the picture of spontaneity. That my life is open to adventure and wild and crazy times. But despite its hailing of my allegedly free-spirited attitude, the website warned me to be careful in the balancing act of responsibility and impulse. Reminding us all that just because you wrote the report in red ink, instead of blue or black, doesn’t mean your life won’t spin madly out of control because of your rampantly reckless and sexually suggestive behaviour. Seriously.