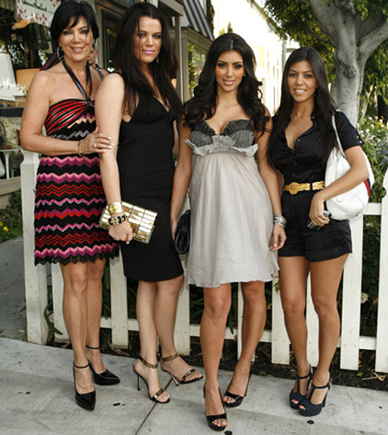 Women and their mothers have complicated and nuanced relationships. It’s a dynamic both mystifying and primal. A mother can be a confidante, a friend, a dictator, a nurturer, a villain, a bully, a therapist and a role model. She can decide the fate of a daughter with her early words of encouragement, her support for the person her daughter is and not the child she would like her to be. And for Lindsay Lohan, Britney Spears, Paris Hilton, Beyonce, and Hilary Duff, their mom is also their business manager.

Uber-stagemoms, the senior Lohans and Spears, personify the Hollywood dream at its most vile and transparent. They themselves were victims of circumstance, maybe their hair wasn’t blond enough, they never could lose that last ten pounds, but they figured out how to utilize their resources and created their children’s fame in their own likeness. And now, they are reaping the rewards. For women who weren’t able to enjoy luxury in their youth, they are lapping it up in middle age, bathing in the designer clothing, the loaner jewelery and the rails of coke. They write tell alls, organize press junkets, enable their daughters’ drug habits and work hard to ensure that the leaked sex tape is putting money back in to their pockets.

The latest example, and quite possibly the worst, is Friend-of-Paris and enjoyer of golden showers, Kim Kardashian and her “momager” Kris Jenner. Kim is more infamous than famous, known mostly for her (self) leaked porno with failed rapper, Ray J. Her new reality show features her and mom Kris orchestrating Kim’s struggle for legitimacy – whatever that means in L.A. But in reality, Kim is a secondary figure and her mother’s naked glee for celebrity is the real star of the show. Kris will book any gig for Kim, the opening of an envelope is a worthy platform for her to daughter to grab a little spotlight. And right behind her is Kris. A recent episode chronicles Kim’s Playboy shoot. She’s uncomfortable being “too nude,” while her mother is regaling the camera with stories about her lifelong dream to appear in Playboy herself. By the end of the show, mom has her clothes off and is spread eagle, posing for the cameras. Her dream comes true, at the expense of her daughter’s exploitation.

Is it any surprise that these young women bottom out so quickly? They never had a foundation to fall back on, for their mothers they were little more than a revenue source.

Unfortunately, as evidenced by Britney and Lindsay, the fame well can dry up all too quickly, which is why these moms procreate in bulk. Children are their bread and butter, and resources can never be too abundant. Kris Jenner has two young daughters already skilled in the art of pole dancing and bar-tending. They are both under 12. Dina Lohan’s new reality show, set to air soon, is an in-depth look at the making of a child star, as she grooms Lindsay’s younger sister Ali for fame (and one can only assume, rehab.) Let’s hope they can both hit the jackpot again, because for Kris Jenner, Dina Lohan and Lynne Spears, their first ticket to the big time has all but expired.