Cure for the Curse 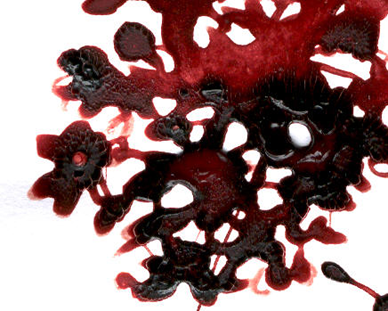 Leave the white jeans in the closet

A manufacturer in the US called Wyeth is introducing its heavily publicised birth-control pill, Lybrel, and along with the promise to keep your womb fetus-free, they say you can finally stop living in fear of the monthly lady curse. As always, it comes as quite a relief to me that the drug companies have finally figured out how to turn an entirely natural and totally benign bodily function in to something that should surely be feared and extinguished. Continuing the long-established trend by the pharmaceutical industry to invent diseases so that they can sell us a pill, periods are being branded debilitating, superfluous and even dangerous. In the time it takes to photoshop away a woman’s uterine lining, Wyeth has established new footing in the medical industry, treating women’s bodies as naturally grotesque and wrong and offering us a permanent solution to our imperfect structure. I suppose when they decided shopping was a disease that could be cured with anti-depressants (and for shame, pharma bigwigs, for advertising those consumption-blockers in women’s magazines whose sole purpose is to get women to buy shit they don’t need) we were to assume that anything and everything was fair game. Stop whatever you’re doing right now, women of the world, because it’s probably wrong and definitely gross.

The feminist response to Lybrel is rightfully disgusted, somewhere between indignation and fear for the next generation of would-be bleeders. The facts certainly don’t lend much credence to the pill’s credibility, especially since more than half of the study group Wyeth originally tested the drug on dropped out because of the weird spotting the pills caused and general concern over what the fuck they could be doing to their bodies. The pill’s side effects include random and irregular bleeding, a side effect that for many women lasted longer than a year. And studies are inconclusive as far as the affect Lybrel has on the premenstrual syndrome that many women experience before and in conjunction with their periods. So basically you take this pill and you still bleed (at random, too, so you can keep those white jeans in the closet) and you may or may not continue to experience any discomfort that is generally related to your cycle? Sounds amazing, I can’t believe I lived so long without it!

Regulating women’s periods and in essence making our moons disappear is nothing new. Women who use the standard birth control pill to create 21 day cycles are not experiencing natural menses. Their chemically controlled and created bleeding allows them to merely mimic nature. But Lybrel’s distinction in the birth control category is that they claim any sort of menstruation (real or simulated) is unnecessary and outdated. A lot like telling someone that digestion and taking a shit are a couple of things that are kind of inconvenient and can probably be done away with. God knows when I’m on vacation and I just don’t feel like having to stop every few hours to hit the can, it would be much easier to just take a pill that prevents me from having to do so.

I realise that in a pop-culture driven world, one that fetishises plastic body parts and starvation-induced bodies, natural is a far cry from beautiful. But to continue to assert through the medical industry that there is something wrong with just being the way you were born is sickening to me. What happens when we’ve all been permanently plugged up, reduced to an ever dwindling size zero and oozing silicone and botox from every pore — can we finally rest then knowing that every bit of the genuine has been faithfully extracted from our bodies?

It’s not weird or wrong to shed your uterine lining every month. It’s your body’s way of letting you know that shit still works and that there isn’t a baby growing inside of you. Does appreciating the way your body naturally works mean you have to be some kind of crazy, menstrual blood-obsessed hippie? No. But denying nature in favour of an as yet untested and undetermined chemical falseness does take you one step closer to relinquishing control of your self. If that’s a step you’re willing to take then by all means, pop those suckers like there’s no tomorrow, just be prepared for the consequences.