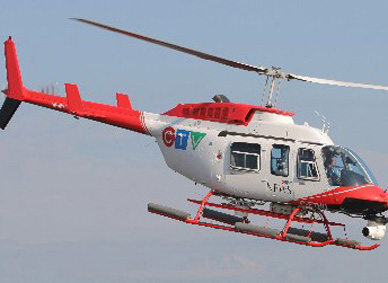 The Friends of Canadian Broadcasting are calling on citizens of Vancouver to write the CRTC in concern over CTVglobemedia’s purchase of CHUM Limited (CityTV, A Channel). The acquisition is a problem for Vancouver specifically because it would leave us with a total of only two points of view on local news issues: CTV (with their purchased underlings) and Global. We agree with Friends because we believe in media diversity. Without a variety of angles on cute bunny farms, weather updates, the Canucks and different ways Vancouver is great, we won’t truly feel like informed citizens.

If you feel like CityTV’s access to the coveted ‘Chopper 9’ isn’t enough payoff then we urge you to write the CRTC to stop this acquisition before it’s approved. Contact them here. Chopper 9!

According to the Toronto Star, the CBC has called on the website Hockeyfightincanada.com to end its production of hats and t-shirts with a modified ‘Hockey Night in Canada’ logo. The website run out of Cloverdale, BC received a cease and desist order because apparently the Ceeb takes its brand very seriously. You wouldn’t know it, considering how tarnished the CBC name has become over the last decade, relying solely on broad shoulders of Strombone’s The Hour and Radio3 to carry it on to the next generation. And most recently considering the near loss of its final bastion of relevance, Hockey Night in Canada, you wouldn’t expect them to alienate those that would imitate. Hockey fans are all they have left. Though, imitation by Hockeyfightincanada.com might not be so flattering, since the site’s purpose is the promotion of violence and some shitty CFOX Seeds band.