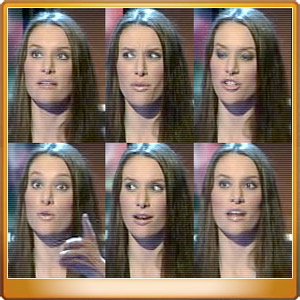 Salon.com has an article about Rachel Marsden, the future of Fox News.

Ms. Marsden, for those who skip lurid, tragic trainwrecks, was a student at SFU who had her swim coach fired for sexual harassment. Oops. It turned out it may have been the other way around. The harassment, that is. She didn’t ever get fired.

A few years later, she stalked a Vancouver radio DJ in various crazy ways for which she did easy time.

In between, she created the “Conservative Babe,” eventually winning the eponymous award. Marsden proudly displayed it on her website between her simplistic right-wing editorials and professional photos of herself in her skivvies.

One or the other led to appearances on Bill O’Reilly, op-ed essays on conservative websites, Moonie-owned Washington Times and ultimately, a column in the Toronto Sun.

As of this week, she now makes daily appearance as a political pundit on Fox News’ RedEye.