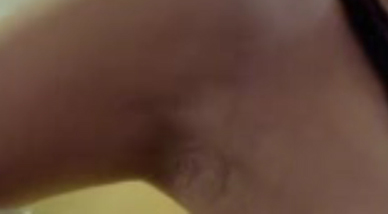 I’d always wondered what made FHM Asia‘s Sexiest Woman in the World FHM Asia‘s Sexiest Woman in the World. Sure, she’s an Asian girl, and she plays a kind of ambiguous sub-nympho on the show; both make a nice base in jPod for those couple of old grey you-know-whatsits to engineer the “the hot one” job for her, but how could it apply to Asia as a whole? Oh how I got it understood though, the second I saw them. Now I don’t wanna go all Coupland on you, but I have a Sharp Aquos 60” 1080p television that I found last Tuesday night and when I saw FHMA‘sSWITW2006 totally crazy fucking armpits in Hi-Def I finally understood exactly what Asia has been saying the whole time. This isn’t about her head or even arse, this was about her crazy amazing fucking pits. They’re like your granny’s elbow, or the underside of a freshly shaven sheep. She’s the fucking Asian Beyonce. And sure, you might have watched and are thinking “what is this fag even talking about, her pits were just a little special at most,” but you need to see those things crystal clear and big as your thigh to really get your head around it. I’m still having involuntary keigels, and I can only hope that either this show goes into syndication or that they show a close up of her bare feet.

To ease the sexual tension, the midget’s parents decided to go to Victoria on a weekend getaway with a group of 50-somethings on a swingers’ island retreat. They met up with a man who could have been my biological father named Bertrand and at one point he was dressed in full leather humiliation garb. Have you ever seen a man who you’d just moments ago deemed your biological father out of sheer desperation dressed in full leather humiliation garb? I forgot all about FHMA‘sSWITW2006 and her delicious pits for a minute, and was able to get back to failing at getting a grasp on what this show was on TV for. They wrote in this other guy who might actually be worse than the midget and the turtleneck, and he’s the turtleneck’s replacement while he’s dead. For some shitty reason I won’t bother explaining, the guy has this thing where he has to eat NASA Tang crystals out of a paint can with the two same fingers every time he’s on screen. He did a very smart thing and canceled the phenomenally shitty video game they were working on. I think it was supposed to be a big thing so I’ll make a new paragraph for it.

How could the dude that keeps sucking on his fucking fingers do that?! Between that and the turtleneck supposedly dying, jPod was so very sad and except for FHMA‘sSWITW2006 and Masculine Attack Chest, unattractive. The ultra-male brought out some cough syrup, they fucking partied it off as hard as they could (not very) and when they got really hosed they decided to go for it and pretend that the show was on YTV, and the dude that keeps sucking on his fucking fingers challenged the midget to a game of rock paper scissors, the whole while some mystery phone sex operator is guiding the midget to victory by making the colored lights on the nearby power breaker flash to correspond with what choice the guy who keeps sucking on his fucking fingers was doing. It’s not all bad though; at least there’s only six episodes left and the church group doesn’t really get going until after 10:30 on Fridays anyways. And I’ll always have those crazy amazing fucking slippery looking armpits to think about.

Next Episode: The Midget Tries To Find The Turtleneck’s Dismembered Penis In His Jean’s Pockets